The UK continues to progress animal welfare by enacting a law that requires the mother of any kitten or puppy to be present for any sale and interacting with their offspring. The new legislation was announced by Prime Minister, Theresa May. It requires that anyone selling puppies or kittens be shown alongside the mother.  This law is in effect whether the seller  is a breeder … END_OF_DOCUMENT_TOKEN_TO_BE_REPLACED A Southern Fix is an important new documentary film that brings to light the harsh realities of pet overpopulation, the killing of adoptable pets, in the Southeast, and the rest of the country.  Funded by a Kickstarter campaign that found 211 backers of the project pledging over $20,000 to see this come to fruition, it has had screenings in Knoxville, Nashville, … END_OF_DOCUMENT_TOKEN_TO_BE_REPLACED 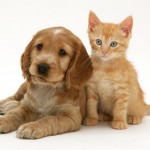 Albany, NY (January 9, 2014) - Governor Andrew M. Cuomo signed legislation on Thursday to help protect the health and safety of dogs and cats across New York State by authorizing local municipalities to adopt more stringent laws to regulate pet dealers.   “The legislation announced today is a win for those individuals and communities across the state that have … END_OF_DOCUMENT_TOKEN_TO_BE_REPLACED 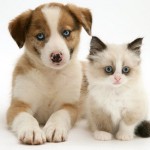 Chicago's oldest pet store has made the important step to no longer sell kittens and puppies purchased from brokers, and will in the future feature adoptable pets from shelters and breed rescue organizations. Collar and Leash owner Sonja Raymond has been concerned for several years about the pets coming in to her store, which is a long held family business. After … END_OF_DOCUMENT_TOKEN_TO_BE_REPLACED