The ASPCA today announced that 108 shelters spanning the nation have been selected to compete in the “Qualifying Heat” of the 2012 ASPCA Rachael Ray $100K Challenge. The contenders now must get their supporters to vote online from April 5-16, and the top 50 shelters will then go on to compete for more than $500,000 in prize grants, including a grand prize of $100,000. Heavy rains hampered removal of cats from the Caboodle sanctuary yesterday, but crews are back on the scene today. Officials say there were about 700 cats on the property. 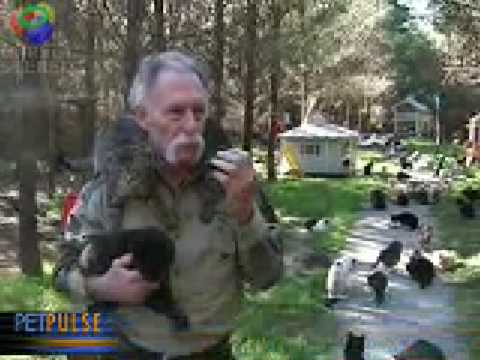 Many of us have seen photos of the cute little buildings at Caboodle and have heard that it’s a cats paradise. The ranch has also had its detractors, and after an undercover investigation hundreds of cats have been seized.