An Ontario woman got the surprise of a lifetime when she found her long lost 16 year old cat at a shelter while helping to find a friend’s missing dog. With happy endings all around, the dog was also found, at another shelter.

Rebecca Rennie lives in St. Catharines, Ontario, Canada but was visiting her parents at their rural home in Fenwick, about a half hour’s drive from the city, in June 2011 when Rosie disappeared from the home’s deck one evening. When she did not return, Rebecca feared that Rosie had ended up on the losing end of an encounter with a raccoon.

It was only by chance that Rebecca found Rosie again, when she viewed photos of shelter pets and lost-and-found animals online last Sunday while helping to search for her friend’s lost dog.

Rebecca spotted a cat who looked just like Rosie at the Lincoln County Humane Society, which is located in St. Catherines. Rebecca was taking a break from her search for the dog while visiting her local shelter’s site and was looking at their adoptable cats when she saw Rosie’s photo.

“I probably wouldn’t be looking at animals if my friend hadn’t lost her dog,” said Rebecca, who re-adopted Rosie at the Lincoln County Humane Society Tuesday.

The affectionate cat has an unusual and distinctive feature, being her sound — her voice box doesn’t work and she cannot meow. A call to the humane society confirmed that the cat in their care also did not meow.

Unable to make it in to see the cat on Monday, due to a snowstorm, Rebecca went on Tuesday.

“When I walked in and saw her laying there, I recognized her,” she said.

It appeared that Rebecca was too late because there was an “adopted” sign on Rosie’s cage, but the adopter had backed out, leaving her available to go home with her former petmom.

Lincoln County Humane Society executive director Kevin Strooband said Rosie had been picked up as a stray in west St. Catharines on December 3, 2014. Someone had been feeding her, and that person thought she had been living as a farm cat.

Considering that Rosie was visiting Fenwick from St. Catherines when she went missing, it is highly possible that she had tried to make her way back home.

The missing dog was found in a shelter in Niagara Falls and was also reunited with its owner. 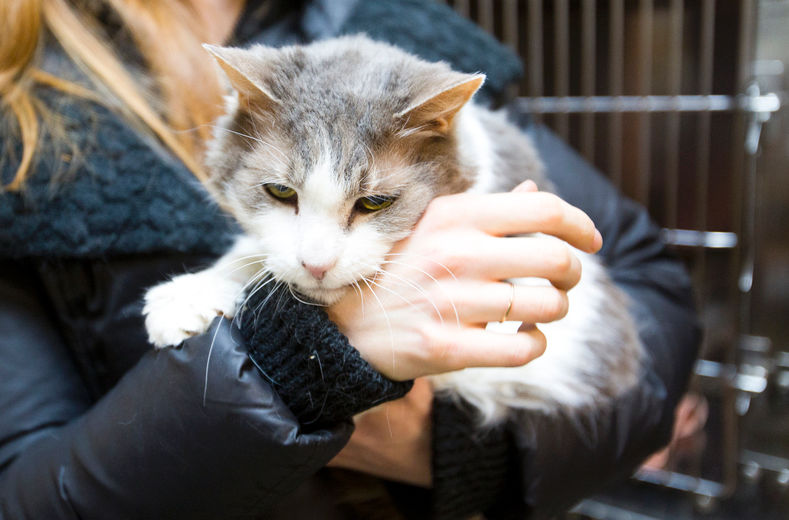