A poor 6 month old kitten who was hung by her leg and used for target practice was rescued and is doing well in her recovery. With the horrible incident behind her, Suki is getting loving care to prepare her for a better life.

Suki was discovered the Sunday before last by a passerby in Lord Lane, Failsworth, in Greater Manchester, UK, who stopped on their way home from work to search the bushes after hearing an animal crying. The good Samaritan found the kitten hanging upside down, with her legs tied in a noose which had been attached to a bush.

The following day, Suki was taken to Millstream Animal Shelter to get help. Her leg was injured from being tethered and she was fond to have pellets in her back – indicating that she was hung up and shot.

Millstream public liaison officer Debbie Chetham is quoted in the Manchester Evening News saying: “She had been hanging there for goodness knows how long, and when she came to us her leg was just a total mess.

“It was all swollen and she had no movement in it at all.

“She was purring a lot, and when a cat is unhappy, purring can mean they’re in a lot of pain.”

Shelter staff took Suki to Tameside Veterinary Clinic for surgery to fix her fractured leg and to have the pellets removed from her back. Veterinary surgeon Diarmuid Currid told the MEN that vets put pins in Suki’s leg to fix the fracture. He also said the pellets were easily removed.

Millstream Animal Shelter first shared Suki’s story with the public at Facebook on January 26, writing: This morning a member of public brought a cat to us that he had found in failsworth near Lord Lane. This poor cat had string and rope tied all around its body! We took the cat straight to our vets to be examined. The injury to the cats back legs suggest that this cat had been hung by it’s back legs. The finder did say the cat was lay near a tree. On the X-ray, the vets found the cats leg to be broken in three places and two pellets from a pellet gun in the cats back. Currently the cat is in our vets and getting all the care and attention this poor cat needs.

Millstream Animal Shelter gave positive updates on Suki’s condition at Facebook on Monday February 2, writing: Remember the poor cat that had been hung by her legs and shot at. We have now named her Suki here she is doing really well.

Suki update: All went well with her check up today, she has had the cast removed her leg still looks red and sore but this will improve over time. She does have a little bit of an infection so she is on antibiotics. Suki still need weeks of rest but so far all is looking really good.

Thanks to her rescuer, the shelter and her vets, Suki will recover from the terrible incident that might have ended her life but did not.

RSPCA Andy Robins said the incident was particularly horrific because of the way Suki was used. The RSPCA is investigating and has asked members of the the public to provide any information they might have.

Comments from local residents include expressions of anger and disgust toward the thugs who hurt Suki and overwhelming love and good wishes for the beautiful little cat. 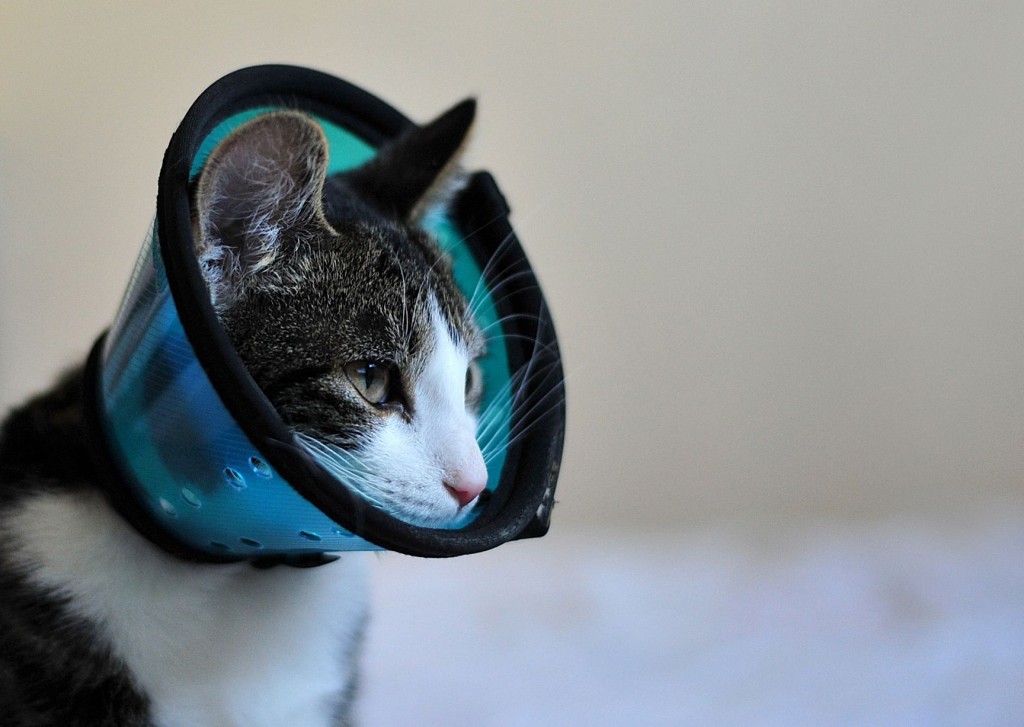 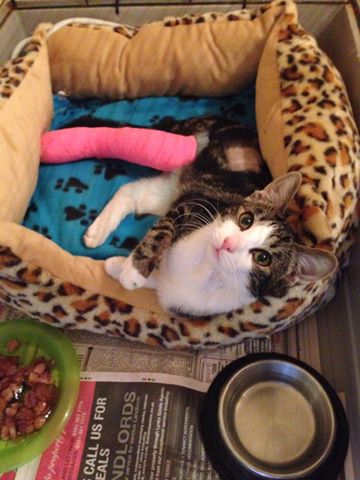 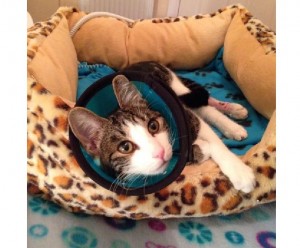