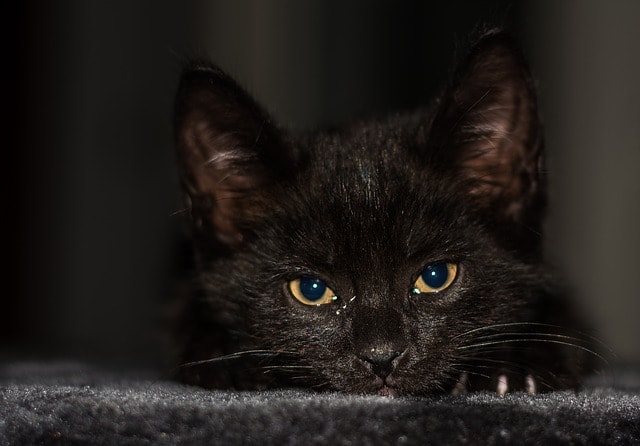 Many worry about what will happen to their pets if they are suddenly no longer in the picture. While the concern is more often focused on making sure the pet is rehomed and loved, it can be the emotional attachment that can be a challenge. The following, about a cat grieving for a lost owner, was printed in The Mercury News in their question and answer column, The Pet Pal Connection, and provides a thoughtful approach to a sensitive situation:

DEAR JOAN: On Jan. 26, my son, age 49, was taken away by ambulance to the Kaiser Fremont emergency room, then transferred to Kaiser Redwood City for brain surgery. Unfortunately, he did not survive, and passed away on Feb. 22.

Our cat, Iggy, a 10-year-old male, black and white, short-fur feline that we received as a 2-month-old kitten, has continued to look for Tony every place he can think of.

We keep telling him that Tony is not coming back, but Iggy does not understand where his pal can be. I do wish there was a way to help him understand what happened to Tony.

DEAR JAN: My deepest sympathies for the loss of your son. What a tragedy, and how sad that Iggy still mourns his dear friend.

Because cats are so often seen as aloof and independent, only needing humans because they can’t operate can openers themselves, we often don’t pay enough attention to their feelings, which can run deep.

There is no doubt that Iggy is mourning Tony’s loss. He probably doesn’t understand that Tony has died; he only knows Tony isn’t around and he misses him.

To help Iggy, try to keep things consistent. Feed him at the same time, don’t make any significant changes to your house or move to a new place, if you can avoid it. Cats like normal, and too much change can be difficult for them. Iggy already has lost a companion, he doesn’t want any more change.

If you’re not already doing so, make some special time for Iggy. Play with him, cuddle with him if he’s a cuddling sort of cat, and let him know you’re there for him. Being with Iggy could help ease your pain, too.

Cats also can find comfort in familiar smells. If you have some clothing or other items that belonged to Tony, try putting them near Iggy’s favorite spots and letting him curl up with them. Picking up Tony’s scent can be reassuring. When Iggy begins to lose interest in the items, you’ll know that he’s accepting that Tony isn’t around any more.

Each cat is different, and just like humans, mourn in different ways. Some cats might not seem to notice, while others can take a couple of months to get back to normal. Cats also are sensitive to those around them and Iggy might be having a tougher time of it because he’s picking up on your grief, which I know must be staggering. As you heal, so will Iggy.

Joan Morris is the pets & wildlife columnist for the Bay Area News Group. She also writes about gardening and is the founder of Our Garden, a demonstration garden in Walnut Creek. Morris started her career in 1978 as a reporter for a small New Mexico newspaper. She has lived in the Bay Area since 1988.  Follow Joan Morris @AskJoanMorris