Laid back cat Pudding insistently woke his new petmom on his first night in his new home. Paramedics said he saved her life just before she slipped into a diabetic seizure and coma. 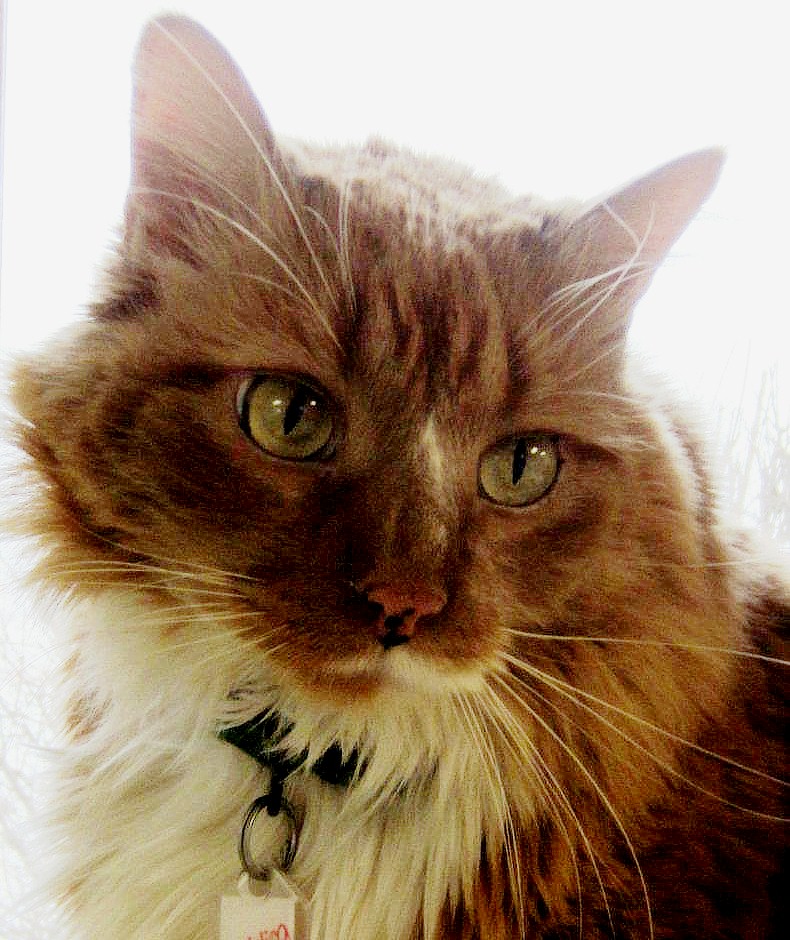 Amy Jung adopted Pudding and his long time sibling Wimsy on a visit to the Door County Humane Society, in Sturgeon Bay, Wisconsin on February 8.  That very night, Pudding exhibited uncharacteristic behavior that Amy credits with saving her life.

The humane society had this to say about Pudding and his actions two days after his remarkable act:

“All of us at DCHS are in awe and tears right now. Pudding, who came to us after his owner had passed away, was adopted by a wonderful new family this past Wednesday with Wimsy, who also came with him from the same original owner. Pudding is now a hero!

Pudding had just gone home with his new mom on Wednesday. His new mom is a diabetic and has had seizures as a result. She awoke in the middle of the night to Pudding insistently batting her face, meowing and trying to wake her. This is not Pudding’s personality as he is normally calm, quiet and relaxed. When she woke up, she immediately sensed she was having a diabetic reaction and called 911.

When the paramedics arrived, they said Pudding had saved her life because if he hadn’t woken her up at that moment, she would have slipped into a seizure and coma. She says she owes Pudding her life! He is now going to be registered as a service animal that can detect seizures! Pudding, we are so proud of you!”

When Amy went into seizure in her sleep, Pudding planted his hefty weight on her chest and started batting her face and biting her nose Once she awoke, Amy’s convulsions quieted down long enough for her to call out to her son, Ethan. When Ethan  did not respond, Pudding went and jumped up onto his bed, waking him up.

Amy noted that she had no intention of adopting that day; she had gone to the shelter with her son to put in some volunteer time with the shelter cats. She finds it remarkable that a cat who had just met her and did not know what was normal for her would have instinctively known that something was not right. Amy says that Pudding will sit at her feet and meow when her blood sugar is low. The rest of the time, he is content to lay around. Amy confirmed that she is having Pudding registered as a therapy animal.