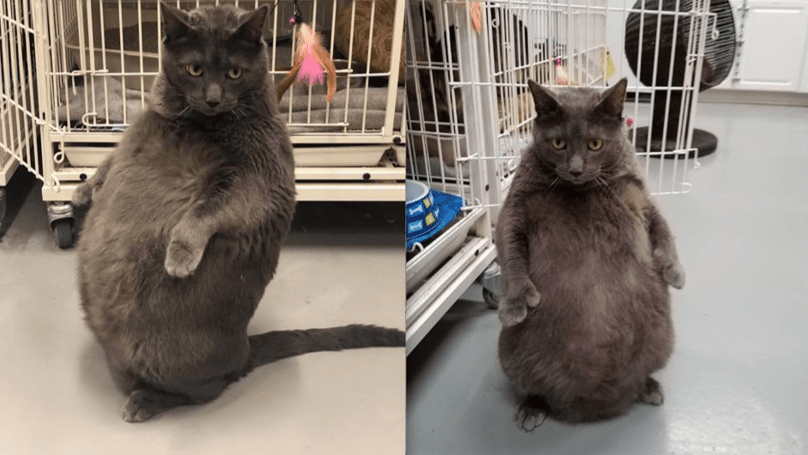 Big cats seem in abundance of late as Bruno, Meatloaf and Chubbs have all had their time in the spotlight. Each of these kitties captured the attention of folks across the nation because they were big. Too big, with the leanest of the trio weighing in at 25 pounds. 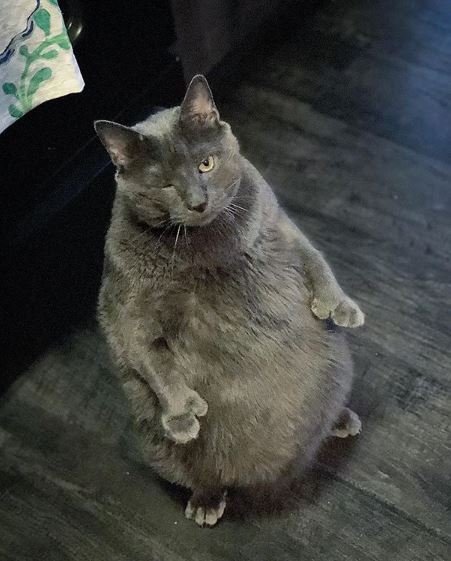 Staff at Wright Way Humane Society couldn’t believe this adorable feline hadn’t been adopted, so made an all-out effort via their Facebook page and it caught a lot of attention.

The 7-year old found instant celebrity and folks came out of the woodwork wanting to adopt this guy in which no one, originally, took much interest. The competition was fierce, but it was Chicago resident Lauren Paris who got to bring him home by singing out her commitment to the cat as a video addition to her application. 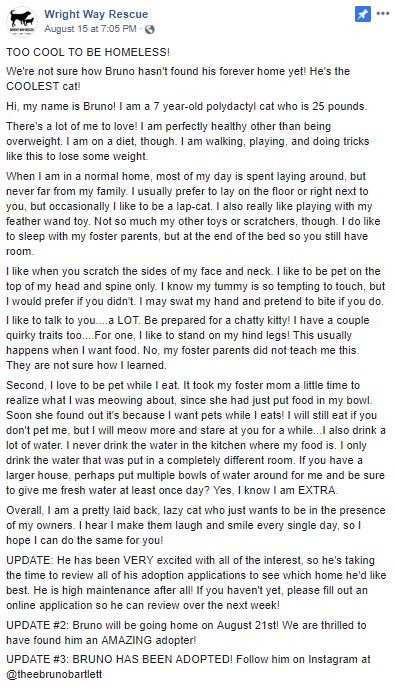 Bruno already has over 53K people following him on Instagram, too! Now that’s they way to get some attention. 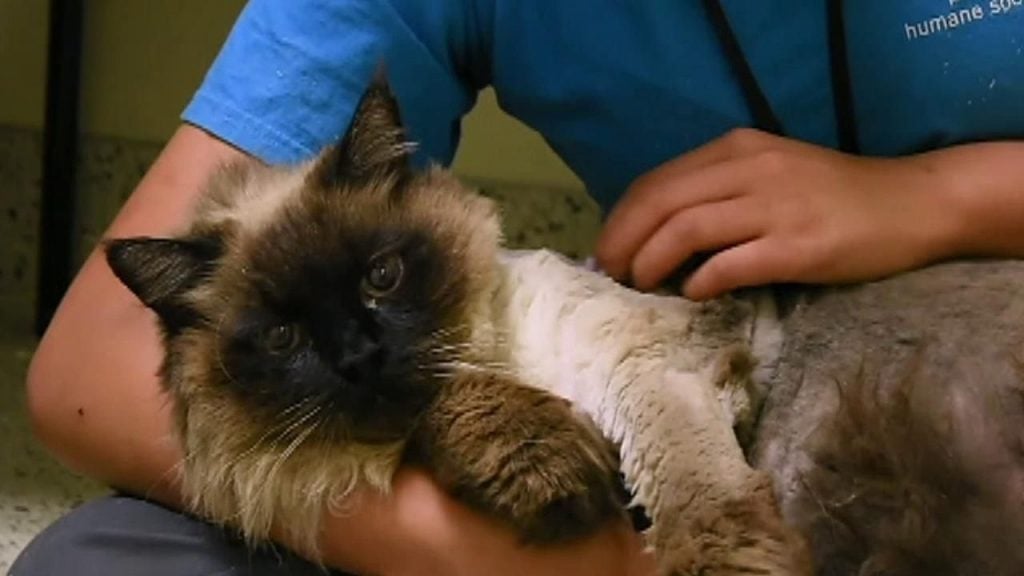 “Something about his weight and his size has stimulated the whole world to contact us and give him well wishes and to really fall in love,” Pasadena Humane Society & SPCA President Julie Bank told ABC7. The kitty was found wandering the streets but after the organization showed off the Himalayan mix on TV, one viewer was head over heels and knew he had to come home with her.
Yvette Viola had recently lost Mushu, her 23-pound cat, who had been adopted from the organization 14 years earlier. “I didn’t want to adopt a cat at all because I was letting myself grieve but then this guy came on TV.”
Not only does Chubbs have a new forever home, as of mid-August, he had already dropped two pounds.

At 30-pounds, this handsome guy tips the scales and the staff at King’s Harvest Pet Rescue Shelter is almost at a loss for words, with shelter assistant director Rochelle Dougall telling KWQC, “A cat that weight at that age is a first for me. That’s extremely rare.” 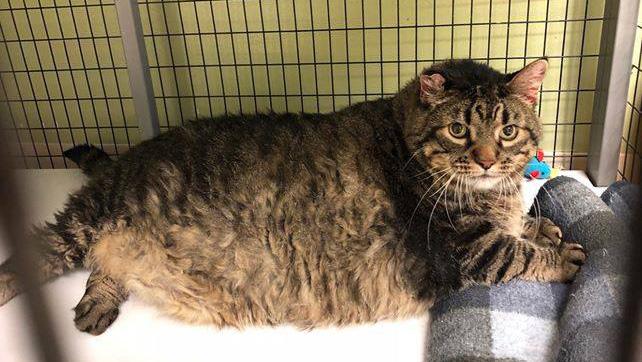 The organization also took to their Facebook page to draw attention to Meatloaf’s search for home, but while there was a lot of interest, the cat had some very specific requirements that made him un-adoptable for many. 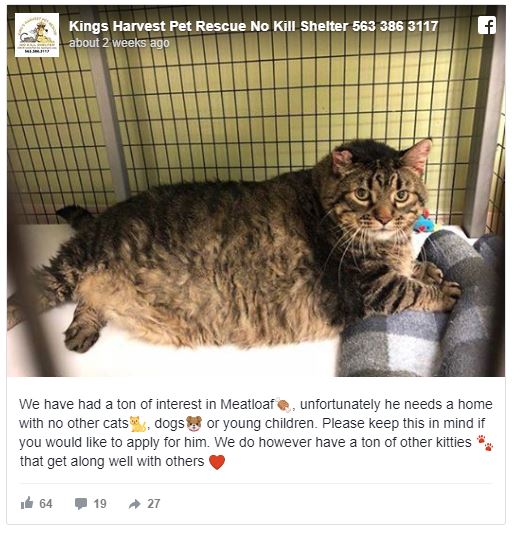 Enter an Iraq veteran suffering from PTSD who was looking for a therapy cat. Steve Gusman read the story from KWQC  and decided the two had to meet. Meatloaf’s affectionate personality and easy-keel temperament was ideal for Steve and the rest, as they say, is history.

While each of these cats came into prominence because of their weight issues, the good news is that now they have each found forever homes, they will be getting the care and love they deserve. That includes balanced, healthy diets, exercise, and lots of snuggling. We wish them and their new families all the very best.