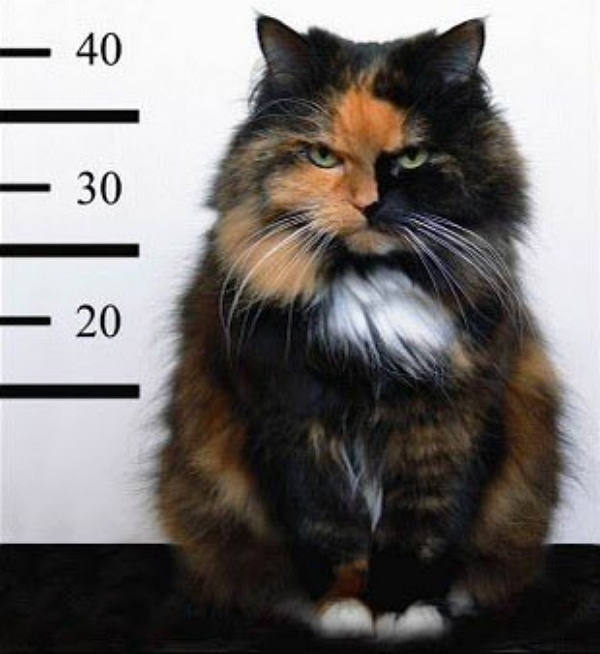 Enter Exploding Kittens.  Not to worry.  It’s the name of an organization, not a movement.  They have come up with the Kitty Convict Project, an amazing and timely idea for identifying indoor cats that have strayed into the mighty outdoors.  And it’s simple.  So simple, in fact, that every good cat owner should follow suit. 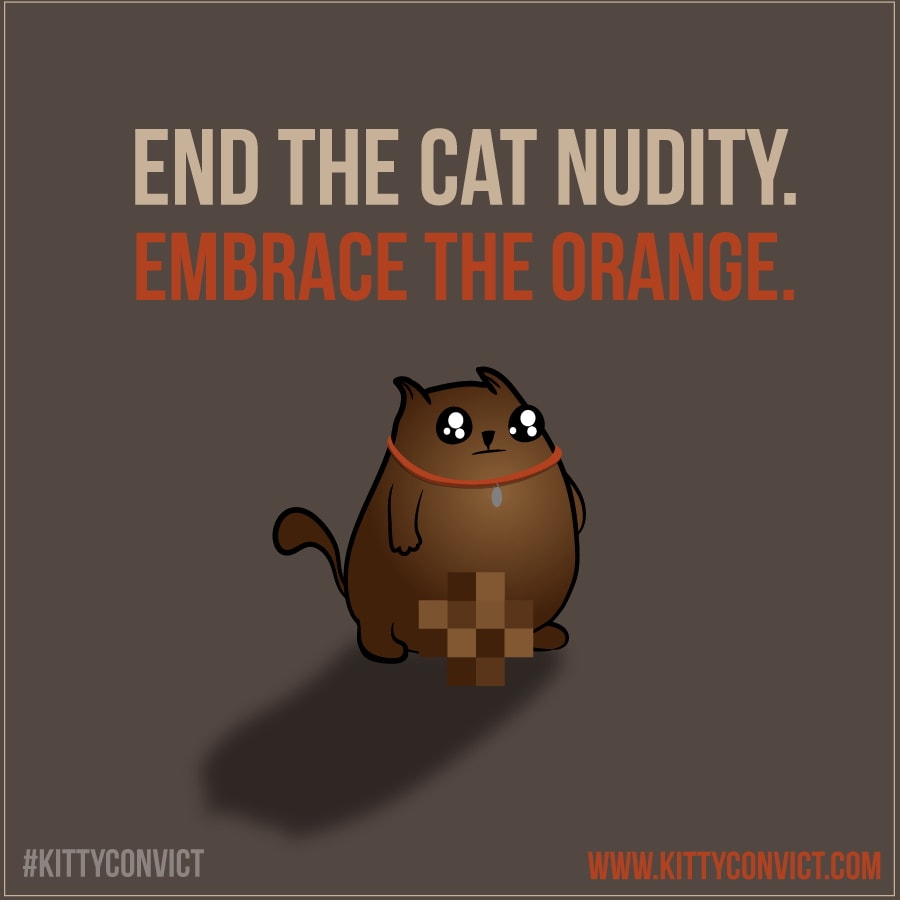 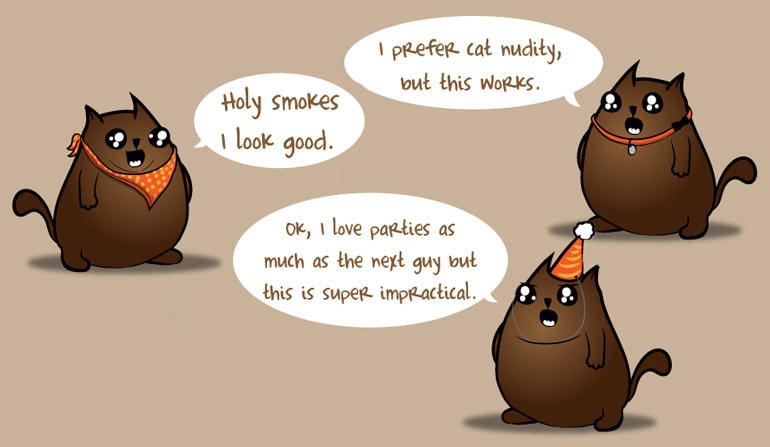 Step one — Place an orange collar with ID tag on your cat.  Because orange is so often associated with convicts these days, due in no small part to the very popular television show about women behind bars, it seems a natural fit.

Step two — Get other cat owners to do the same.

Step three – Get the word out to everyone, Humane Societies, rescue organizations, Animal Control, media, essentially anyone that will listen, that an orange collar on a cat seen outdoors is an escapee and needs to be brought back home

Step four – Once people know that an orange collar means indoor cat gone wild, cats who are lost can be found and brought safely home 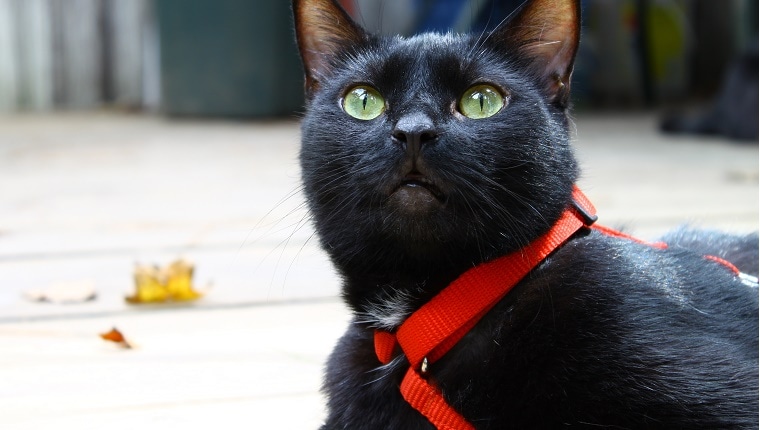 The Kitty Convict Project came to life when lovers of animals saw that less than a five percent, read that again, a five percent, found/return rate of lost cats in the United States according to Lifehacker.com.  The same folks behind the popular Exploding Kittens card game are on a mission.  Get more lost cats home safely.  Orange may not be the most favored of fashion colors this season, but for owners whose indoor kitties have decided that an adventure out may be in the makings, it will be the color of joy and relief.