With a brand new name and forever home with superstar Sarah McLachlan, it is no wonder she already has had “Queen,” added to her name. That and she flew to her new home in First Class.

When Sarah McLachlan was browsing through the adoptable animals available on the Ladybird Animal Sanctuary  website, she came across an adorable picture and couldn’t resist.

Peanut’s page on their website now says the following: 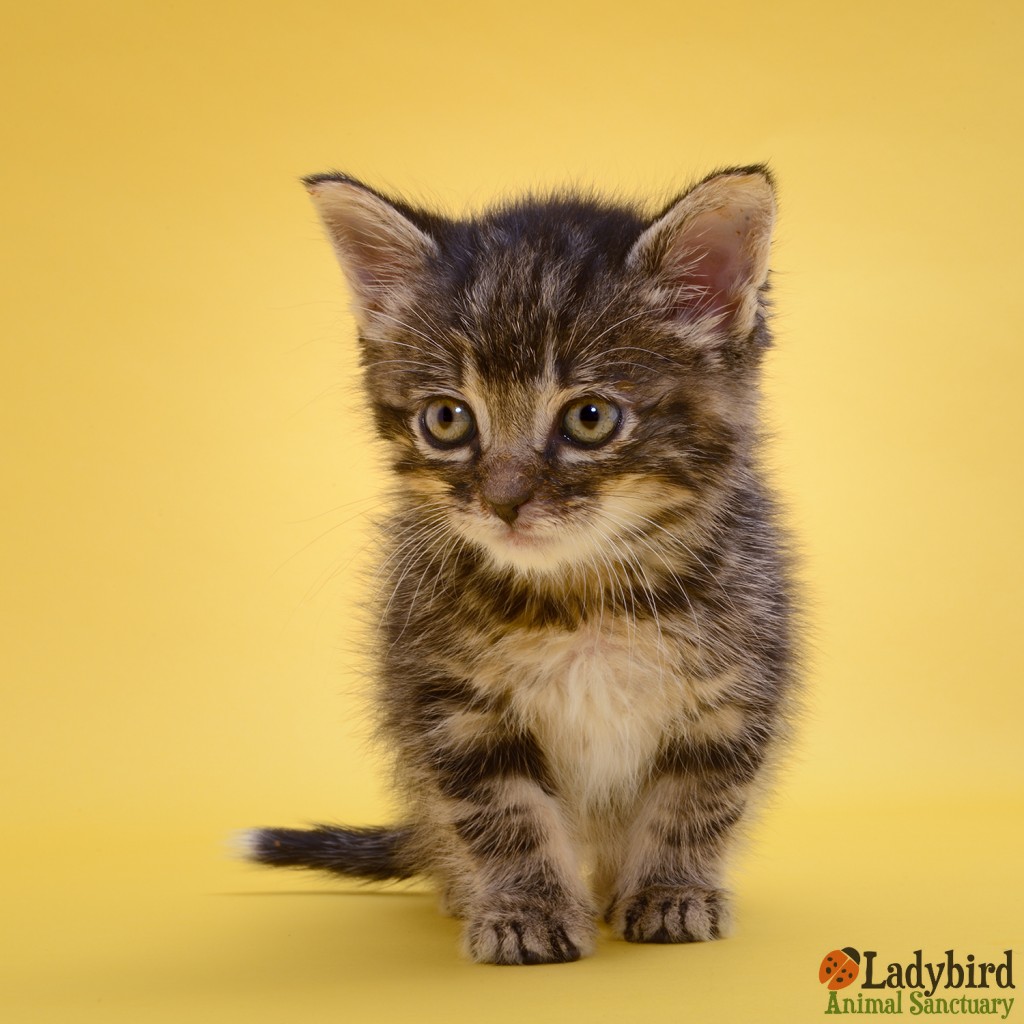 Wee Peanut was found alone on the street and brought to Hamilton Animal Services. At about four weeks old, she was too young to be away from her mama, and no one is sure how she became separated from her.

We were happy to rescue Peanut from HAS and we put her in the very capable hands of Dr. Fleming from Guelph Animal Hospital. Peanut had an off and on upper respiratory virus that she was on medication for, and a few weeks later, she was finally healthy enough to start the search for her forever home.

We posted the fantastic photos of Peanut, shot by Trevor Weeks, and we were immediately contacted by someone who was very interested in adopting her. That someone was the amazing singer/songwriter, Sarah McLachlan! Sarah was so taken by the photos and the cute video of Peanut playing with Dr. Fleming’s dog, that she knew she had to adopt this little one. We were thrilled! Sarah had plans to be in Toronto a short time later for some shows, so arrangements were made to meet Sarah at the airport with Peanut for her flight home. Peanut was a champ! She played in the waiting area for the two hours before her flight, then she slept through the entire plane ride to Vancouver. Now she’s being loved and spoiled by Sarah and her daughters, and she’s making friends with their other pets. Peanut hit the forever home jackpot!

Big thanks to everyone who helped Peanut along on this amazing journey. Kim from Hamilton Animal Services, Dr. Fleming and all the staff/foster homes at Guelph Animal Hospital, Trevor Weeks, and to Sarah for giving Peanut the loving forever home she so deserved.

McLachlan is extremely well known for her work for animal welfare causes and her beautiful song, Angel, has become an anthem for the ASPCA.  She also has a very special connection to the rescue from which she adopted Peanut.  One of the founders has been a bandmate for years, and McLachlan has been a staunch supporter of the rescue.

Lisa Winn, animal manager for the organization, took Peanut in a pet carrier to greet McLachlan who was flying home after a Toronto area concert.  It was the first time Ladybird has ever adopted an animal out to someone who lived so far away from their location, but this case was a bit different.

“Sarah had a huge smile in the airport when she met Peanut, she was so happy to meet her,” Winn told the Hamilton Spectator. “She played with her for two hours in a lounge before the flight, so (the kitten) would sleep well. … Peanut was a real trooper, a good kitten.”

Did we mention that Peanut flew to her new home in First Class? Now that’s the way to start out a new life in a forever home!

For more information about the Canadian charity, please visit www.ladybirdanimalsanctuary.com.