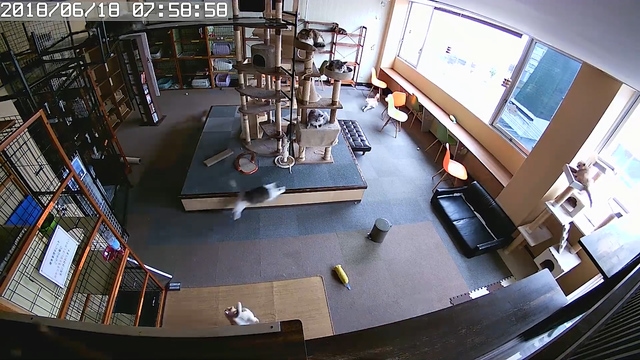 While scientists have not found any evidence to support the theory animals are able to sense oncoming earthquakes this video posted by the Cat Café Catchy in Japan seems to prove contrary.

Security footage captured several of the cats seemingly disturbed just moments prior to an earthquake in Osaka. The cafe shared the clip on their YouTube channel. Around the world there is folklore that tells tale of animals seeking cover before natural disasters. Maybe these cats know something we don’t?