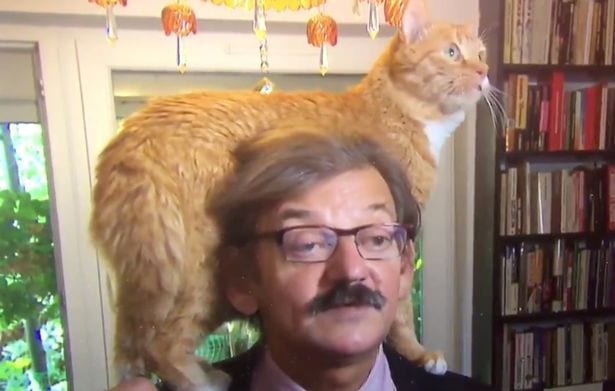 A Polish academic and activist being interviewed by Dutch Television was upstaged by a cat who appeared nonplussed by seriousness of the interview.

Rudy Bouma, Dutch journalist, posted the clip on Twitter, much to the delight of his followers who have retweeted over 2,000 times.

While the nature of the interview being given by Dr. Jerzy Targalski about the current state of affairs in his native country was grave, the antics of his cat, Lisio, did not hinder his dialogue.  The cat, it seems, is often a part of Dr. Targalski’s  televised appearances, although according to news website Niezalezna, this may be his first recognition on an international scale.