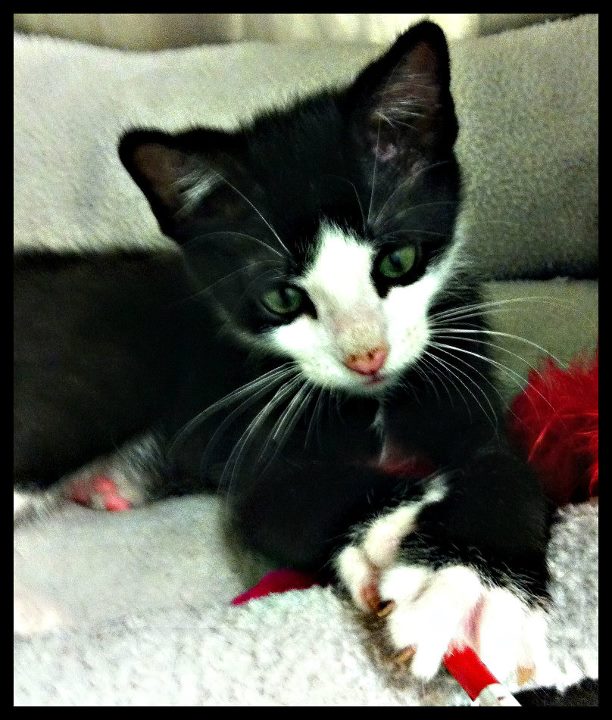 We first posted on the notion of an animal abuser registry in Florida on August 19, after we read a letter to the editor of a FL newspaper in the aftermath of Dexter kitten’s passing. Betty Dobson contacted all five Hernando County Commissioners asking them to consider a registry modeled on that of Suffolk County, NY. For details, you can read our August 19 story, Will Hernando County Adopt a “Dexter’s Law” animal Abuser Registry.

Dexter is the Brooksville FL kitten who survived a brutal beating on June 10, 2011, allegedly at the hands (more correctly, aluminum baseball bat) of Wilana Feazier and her two young sons. Dexter was taken into care by PetLuv Spay & Neuter Clinic, where he gained thousands of friends and supporters from all over the world, as he made a seeminly miraculous recovery and charmed everyone. Dexter eventually succumbed to his injuries, when violent seizures resumed and it was determined that the kindest thing was to let him go.

The effort to establish a registry for convicted animal abusers went from county to statewide, and thanks to animal lovers, a State Senator representing Hernando County, and support from within both branches of  the legislature, a law establishing a statewide registry for convicted animal abusers will be considered in the next session of the Florida Legislature.

If the bill is passed, the registry will be created in the Florida Department of Law Enforcement, and county clerks will transmit information on people convicted in their counties. Registrants will be required to update their information upon change of address and to pay an annual administrative fee.

Senate Bill 618: Animal Abuse Registry aka Dexter’s Law, is shown below. If passed and enacted,it will go into effect on October 1, 2012.

Animal Abuse Registry; Cites this act as “Dexter’s Law”; creating an animal abuse registry within the Department of Law Enforcement; requiring the clerk of court in the judicial circuit in which a person’s conviction for an animal abuse offense occurred to forward a copy of the judgment document of the conviction and other specified information to the department within a specified timeframe after the date of judgment; requiring that each person registered with the animal abuse registry update his or her registration information each time he or she moves from one residential address to another or, if his or her residential address does not change, annually following the date of his or her first registration; requiring that each person on the registry pay an annual administrative fee to the department; providing that a person who fails to register with the department, fails to update critical information, or fails to pay the annual administrative fee, commits a misdemeanor of the first degree, etc.