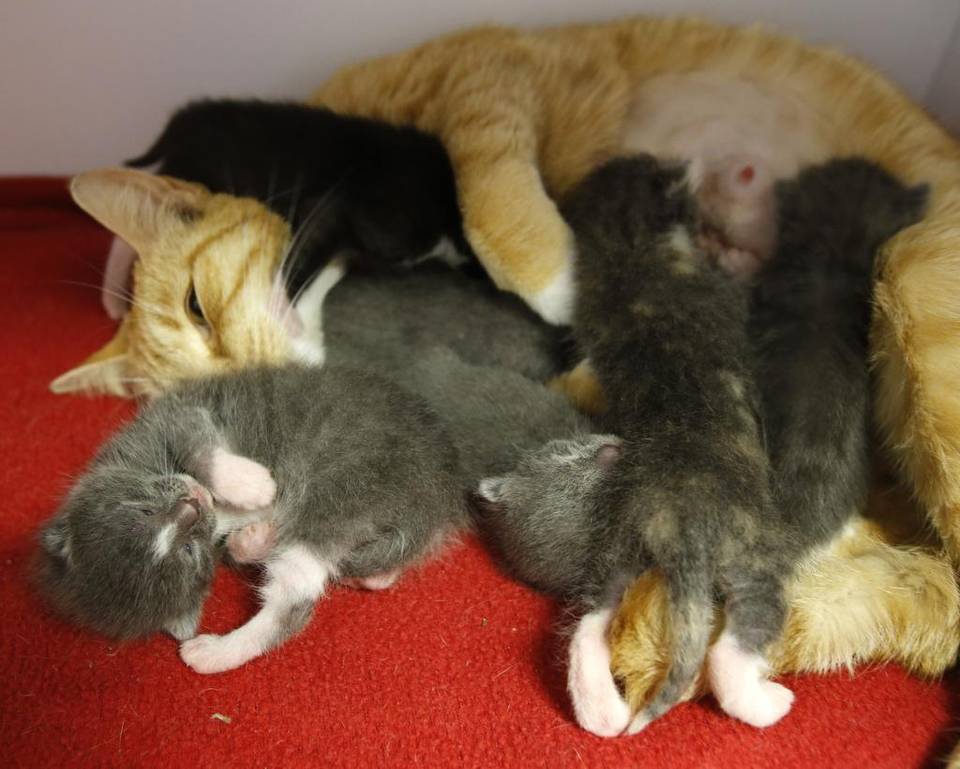 Six kittens stuffed into a garbage bag and abandoned like trash in a Walmart dumpster are now in the care of an animal hospital, where they are thriving, thanks to a mama kitty who recently lost her own litter.

The kittens were discovered at the Walmart in Indian Land, South Carolina last weekend and were taken to Indian Land Animal Hospital in nearby Fort Mill. The kittens’ rescuer is a client of the vet practice.

Mama kitty Sandy immediately took to her little foster babies. She is giving them motherly care, but staff are also bottle feeding.

The animal hospital told the story and has posted pics and updates at their Indianland Animal Hospital Facebook page.

Indian Land Animal Hospital wrote at Facebook Sunday: “Today one of our clients found 6, very tiny baby kittens tied in a trash bag in a garbage can outside of a Walmart store. They are about 8 days old. Ironically we have a female cat that lost her kittens on Thursday, we have put these babies with her and she fell in love. We will still need to bottle feed them for a couple days until her milk comes in, but this is so heartwarming for us to watch her cuddle up with these orphans. All of them will need homes in about 7 weeks. They are so precious. The police were called and are handling this case. If anyone knows anything about this please contact the police.”

They wrote in an update at Facebook Monday evening: “The 6 kittens are doing very well. They have names: the runt is Lil Jack, Louie Armstrong (Louie), John Lennon (Lennon), Janis Joplin (Joplon), Frank Sinatra (Frank), and Cricket.. One of the technicians said it was their strong voices that saved them. They are nursing but still getting fed by the technicians to supplement them. Sandy [the foster mama kitty] loves them so much; as we all do. We will be starting a list of people interested in the babies and Sandy.”

Dr. Dr. Monica Tarantino from Indian Land Animal Hospital talks about the kittens in this video report from the Rock Hill Herald Online: 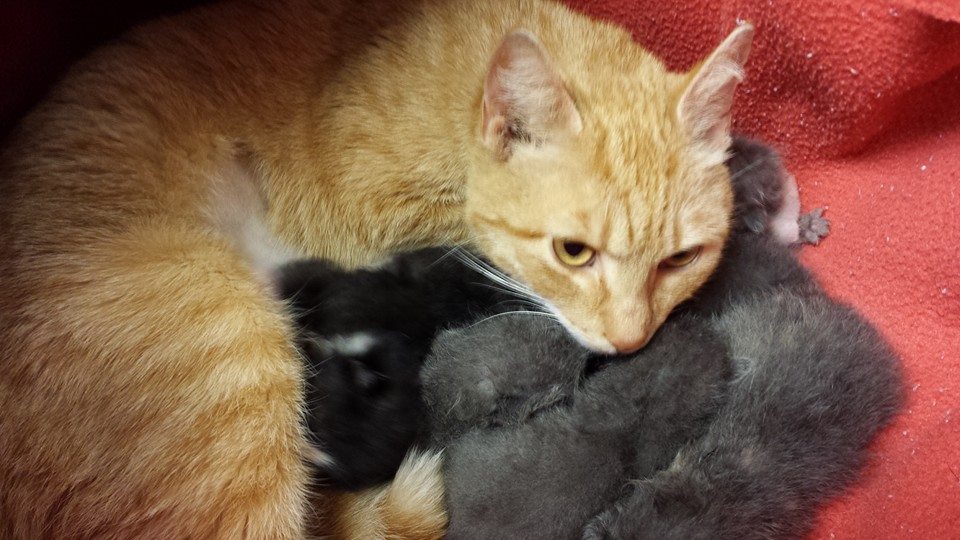 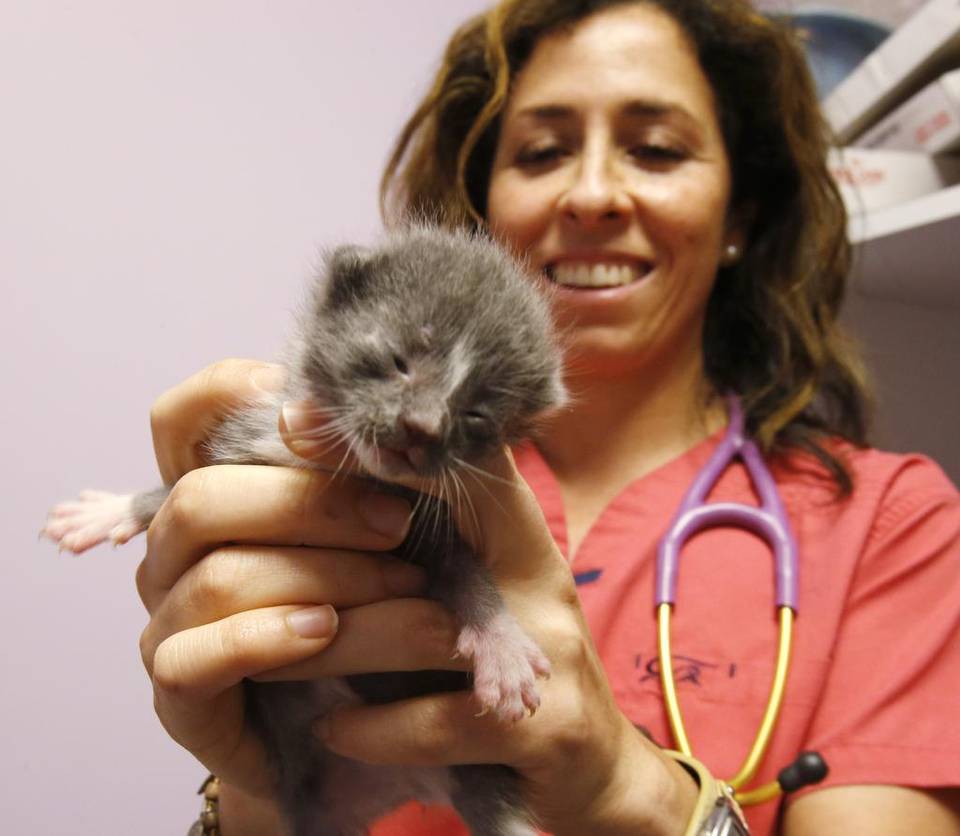 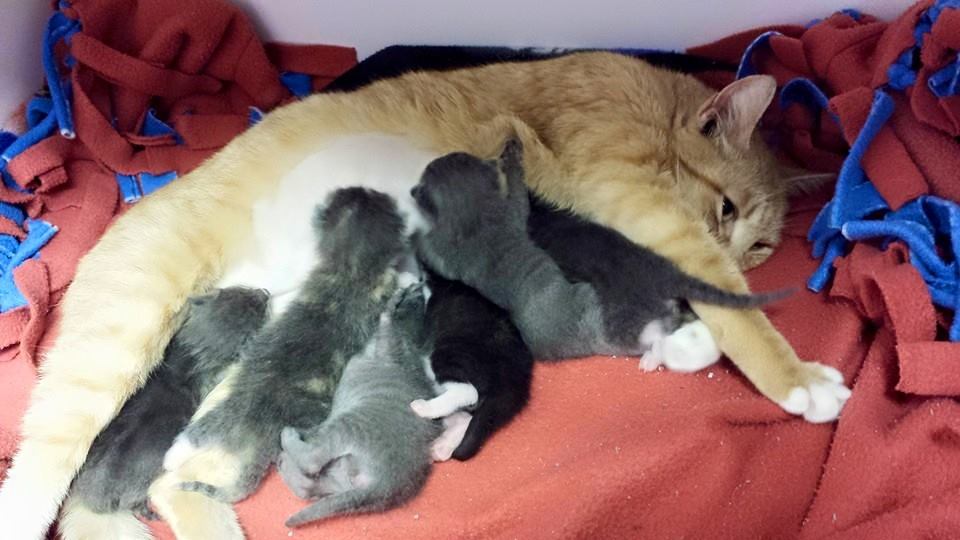