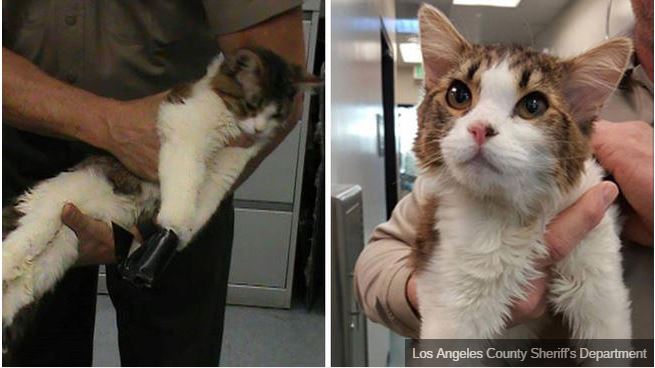 A man who bound a cat’s paws and legs with electrical tape to stop it from scratching was sentenced Wednesday to a year in county jail and 24 hours of animal cruelty counseling, according to an NBC News  report. Tyler Scott Vest, 23, was also ordered to serve three years on probation and was banned from owning, possessing or having direct access to animals for five years, according to the Los Angeles County district attorney, as reported by the Los Angeles Times. 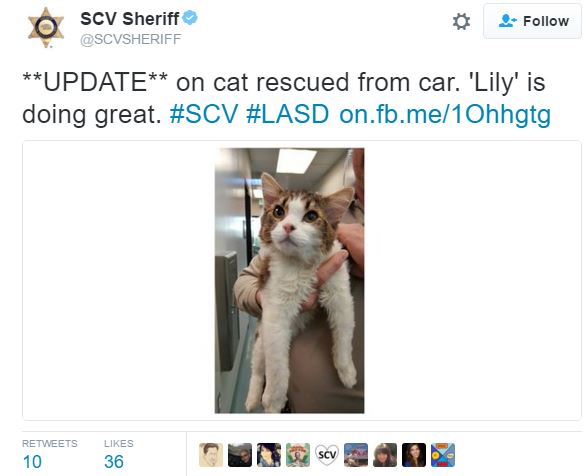 Vest and his girlfriend, Kylie Stringer, 27, both entered no-contest pleas to misdemeanor animal cruelty charges during their arraignments on January 13. Vest also pleaded no contest to a felony count of possession of heroin, according to NBC News. The couple was forced to give up their cat, which was taken to an animal shelter after being rescued by Los Angeles County sheriff deputies. The young female cat, whose name is Lily, was given medical attention and made a full recovery. Lily the cat is “doing great,” according to a tweet by the Santa Clarita Valley Sheriff’s Station. 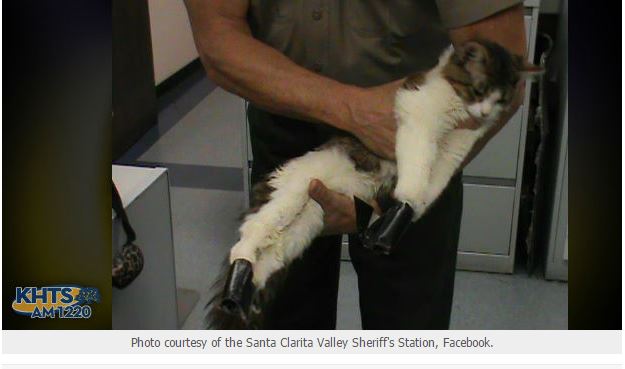 Stringer was sentenced last month to three years of informal probation and was also ordered to complete a six-month drug treatment program, perform 15 days of community service and undergo animal cruelty counseling. She was also banned from owning an animal for five years.

Los Angeles County sheriff’s deputies found the cat after they investigated a report of a suspicious car parked near a closed business in Santa Clarita, according to a KHTS news report.  One of the deputies, Adam Halloran, later told reporters he heard the sound of a cat in distress. “I asked one of the suspects, `Is there a cat in the car?’ and she said yes,” Halloran said. Halloran looked in the back of the car and found a pet carrier tossed upside down with the cat inside. Earlier news reports indicated that the couple said they used electrical tape to prevent the cat from scratching them.

1 thought on “Jail For Man Who Bound Cat’s Paws, Legs With Tape”