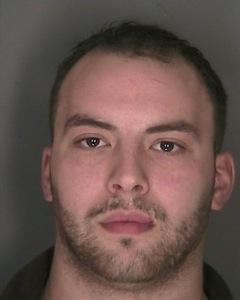 Wendall Smith pled guilty to animal cruelty and was sentenced to three years probation on November 15, in a Schnectady NY case that goes back to March of this year. He will not be allowed to own pets during that time. Smith allowed cats to starve to death, surrounded by their own refuse, with several dead and one survivor. We have seen photographs from the apartment, and they are not pretty.

The survivor, Bud, was driven to cannibalize the dead, but has rebounded to a healthy, happy cat in his new home. His new pet parent said this, “He is doing great. We look at him everyday and wonder how anyone could have neglected him. He just pours out his love to you.”

Back in March, Schenectady Police and Schenectady County SPCA officers said the situation was one of the most disturbing animal case they’d seen in a long time. While probation seems like non-punishment for such a callous act, Smith is prohibited from harming any more animals during that period, and will go to prison if he violates the terms. Sentencing had been delayed; it was supposed to be handed down on October 6 and then again on October 13.

This is not the 24 year old’s first animal cruelty case. He was charged in Albany County NY in 2010 for starving two dogs kept in a kennel outside, so that when the first dog died, the other was forced to eat it to survive. That case seems not to have been prosecuted. Smith’s lawyer in that case made his client out to be the victim and said he was a responsible pet owner. A neighbor made repeated attempts to report the situation but got nowhere until it was too late for one dog.

SPCA Chief  enforcement Officer Matthew Tully said “This conviction prevents any other animals from falling into the hands of this abuser. I want to remind the community that they deserve equal credit with this conviction. It was their tip on our hotline that led us to Smith’s home.” According to the SPCA,  “With the details of the newest agreement between the City, County and SPCA currently being sewn up, chief Tully believes more animals lives, like Bud’s, will be saved and  more people like the Wendall Smith’s will be prosecuted.”

News video on the case from March, before Smith was arrested, with footage from the apartment. The footage shows the filth, with Bud stumbling around, but does not show the deceased cats.