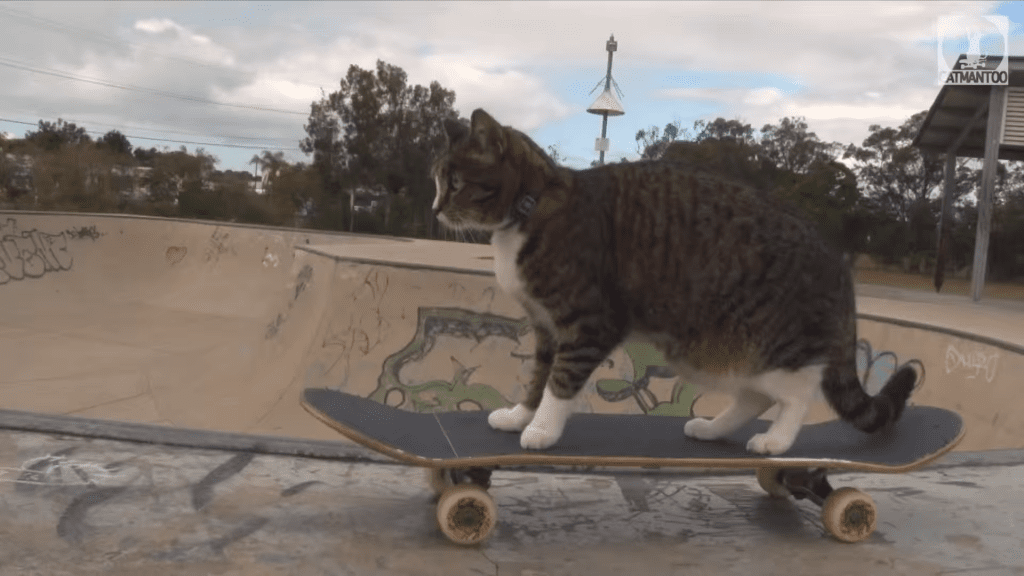 Have you heard of Didga, the rescue cat of Australia who often shows off her incredible skateboard skills? She’s got a YouTube following and thousands of fans who love her skateboard tricks. But how did Didga learn to ride a skateboard?

That credit goes to her owner, Robert Dollwet. Dollwet is both an animal behaviorist and a dog trainer. However, when Dollwet learned that he couldn’t keep dogs in his home, he adopted Didga from a local shelter to give training cats a try.

One day, when Dollwet and Didga were out an outdoor cafe, a skateboarded left his skateboard unattended. Didga eagerly and fearlessly hopped up onto the board, giving Dollwet the idea to actually train the cat to ride a skateboard.

Didga’s training sessions take just a few minutes a day, and teaching her to ride a skateboard has taken significant time. It’s a slow process, and Dollwet began by simply feeding Didga on the skateboard to get her to associate it with something positive. With time, Didga’s training has progressed to truly riding the skateboard, “dropping in” at a skate park, and performing multiple tricks with the board.

Didga’s successful training is evidence of how patience does pay off, and you can train cats, after all.