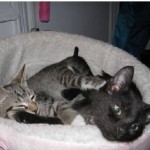 Arthur and August gained fame as the Subway Kittens when they shut down mass transit service to part of Brooklyn, NY on August 29. Train service was halted as transit workers searched for the pair after bystanders and rescuers filmed and photographed them running around on the tracks that morning. Rescued several hours later, the kittens were transferred to the … END_OF_DOCUMENT_TOKEN_TO_BE_REPLACED 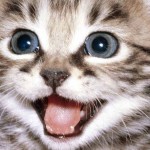