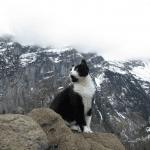 If you are ever lost in the Swiss Alps and a Tuxedo cat offers to show you the way, don't hesitate to follow him. It might be the Guide Cat of Gimmelwald. A lost hiker with a sprained ankle met a friendly black-and-white cat who led him straight to the right trail down the mountain then said goodbye. The Hungarian hiker recently posted a video of the chance 2013 meeting in … END_OF_DOCUMENT_TOKEN_TO_BE_REPLACED 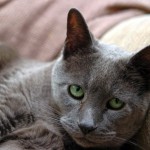 Meet Pickles, a true guide cat who lives in Britain with his owner, Kim Ward. Ward survived a bus crash in 1999, but suffers from seizures as a result. Additionally, Ward began to lose her sight in 2011. Thankfully, Pickles was up to the task of becoming a guide cat. Ward has been patiently training Pickles to do the tasks that she now needs help doing. Ward taught Pickles … END_OF_DOCUMENT_TOKEN_TO_BE_REPLACED