Whiskers went high up in a tree when a new dog in the neighborhood got loose and frightened him in his own yard. His family didn’t know where he ran to at first and he stayed up the tree for over a day, until Engine 13C  came to the scene and made the rescue. 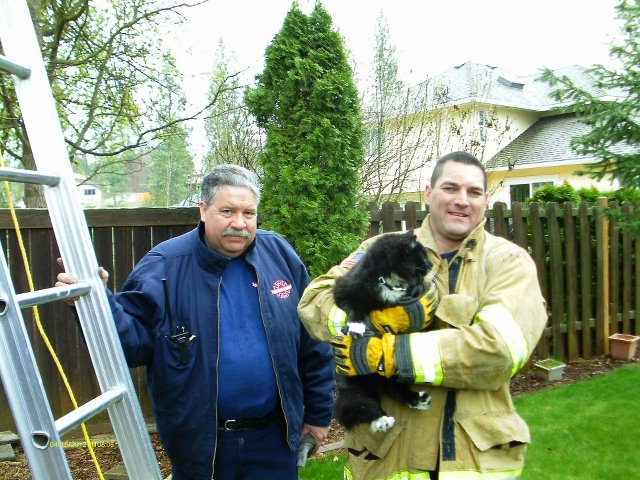 In a day when some fire departments refuse to rescue treed cats, the City of Spokane, WA FD still makes those calls. Their policy is to give the cat some time to come down on its own and then make the rescue if necessary.

Firefighters report that Whiskers was cold, tired and traumatized; he “appeared to be in crisis” and was “unable to come down.” They used a tall department ladder to bring him down.

Kudos to the City of Spokane Fire Department for coming to the aid of a small, furry resident in his time of need.