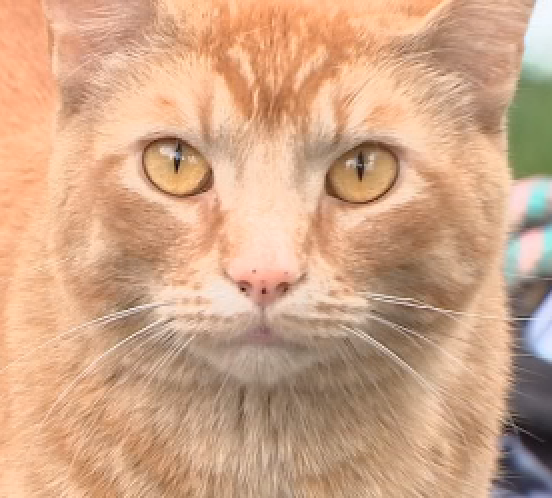 A real-life cat burglar is busy at work in the Montavilla neighborhood of Portland, Oregon, filching twigs, toys, trash and, in a recent escalation, shoes.

Gabbie Hendel spoke with local news outlets after her efforts to return the spoils brought attention to the neighborhood crime spree – which is being perpetrated by her cat, Snorri.

Snorri started off innocently enough, bringing home sticks and pieces of bark mulch, but his tastes grew to include odds and ends from the neighbors. Now his exploits have reached another level, as he brings home a growing collection of shoes.

While Gabbie does not condone Snorri’s thievery, she has to admire his dedication and efforts. Contemplating how he gets pairs of shoes back to his home, Gabbie is not sure what’s more impressive, carrying two at a time or going back for a single shoe’s mate.

Once he gets his treasures home, Snorri had to get them through two cat doors in order to being them inside.

The Oregonian reported on the story last Friday, writing, in part:

The Oregonian also quoted Gabbie saying: “He was a sad, shivering, stray kitten that found me,” and “Shoes are a big deal for him right now. Some of the neighbors have reclaimed their things, but he has moved on from the usual victims.”

“Every other night or so he brings in something that he’s stolen from the neighbors,” owner Gabbieetold KPTV.

“He’s pretty proud of the pink flip flops,” Gabbi said, pointing out a special find. “I think that’s the biggest fuss he’s made.”

“It’s been getting worse,” she said of her two year old cat’s compulsion. “He brings in kid’s toys, garbage pieces, and he’s moved to shoes now.”

Snorri has gained some fame since Gabbie began posted photos of his loot at Instagram and a community Facebook page in an effort to return the items to their rightful owners.

“I was posting pictures on Instagram, and [neighbors saw their belongings],” Gabbie said. “They’re like ‘busted, that’s my shoe or that’s my Frisbee.’”

Gabbie told the Oregonian: “I have seen him jump the back fence with a towel — a whole, entire towel!”

The not entirely disapproving petmom says: “He’s so proud of himself that it’s pretty cute.”

Watch the KPTV News feature on the story: 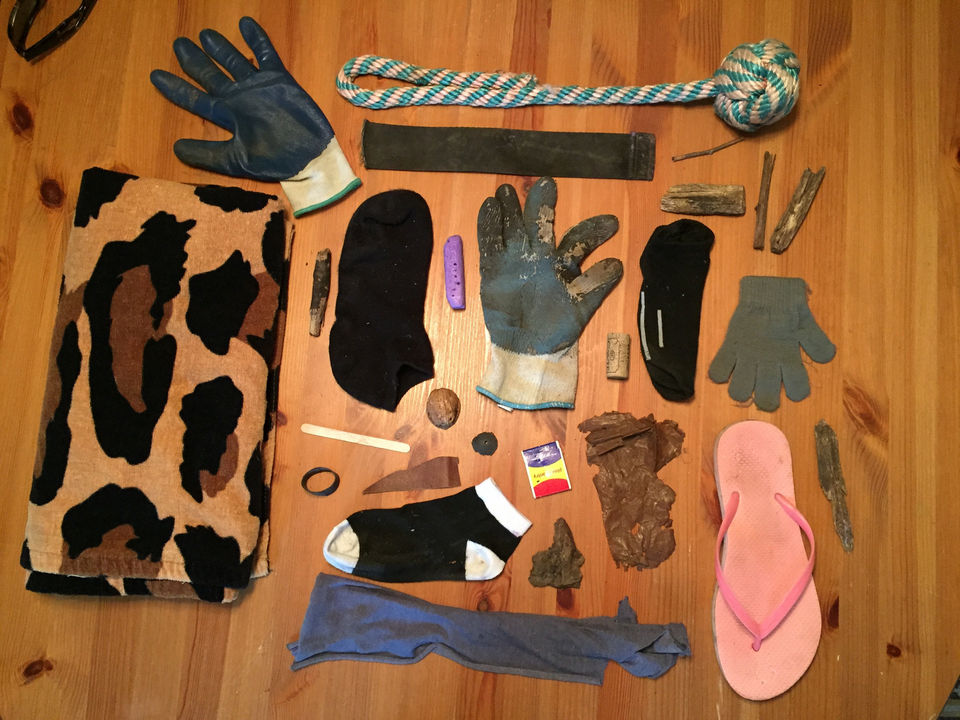 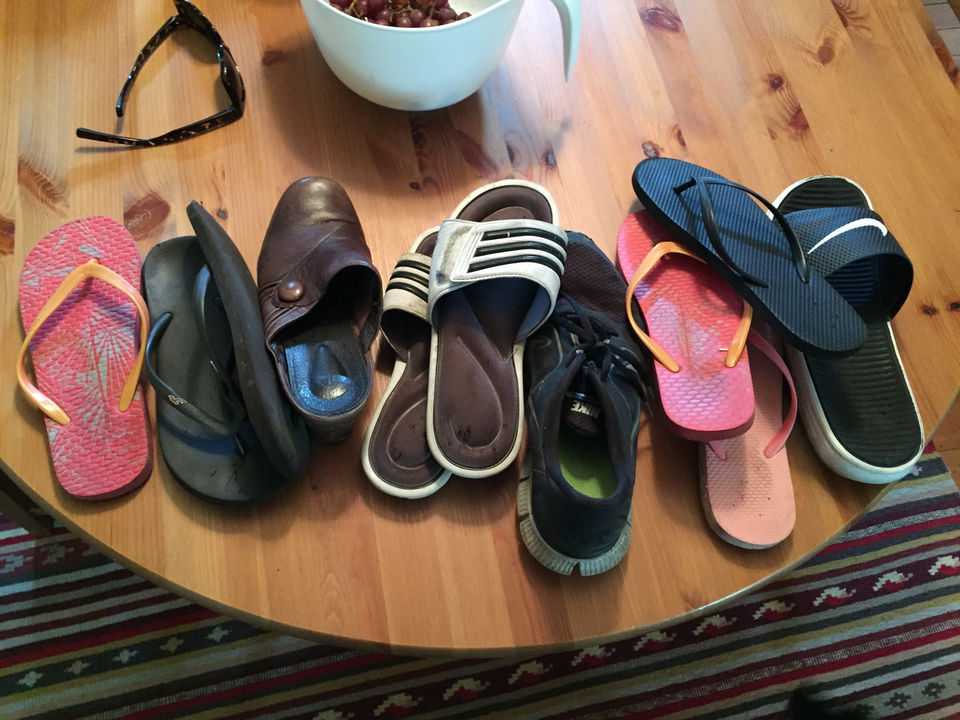 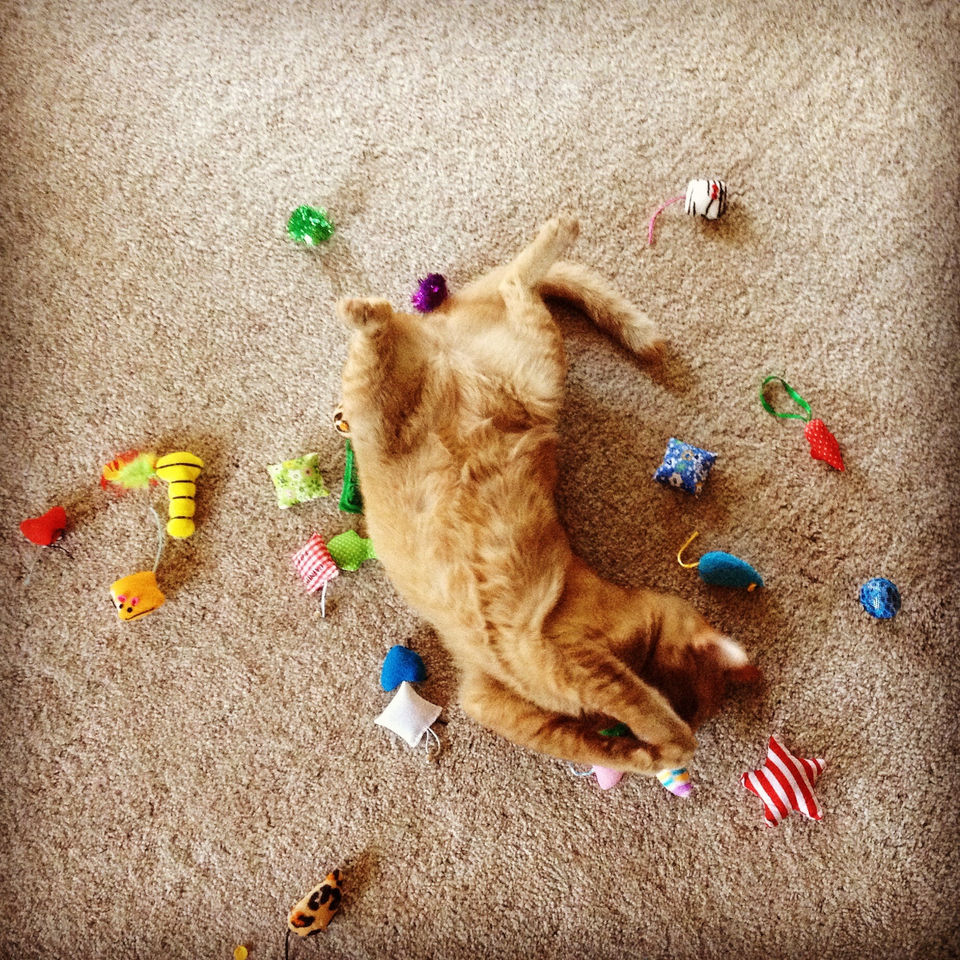