It was a year ago, November, that a woman walking home during a rainstorm came across a tiny ball of fur on the pathway.  At first, she thought it was a mouse, but in picking it up, she realized it was a newborn kitten, so much so that it’s eyes were still closed and the umbilical cord attached. She checked with the neighbors, but no one claimed the wee thing. 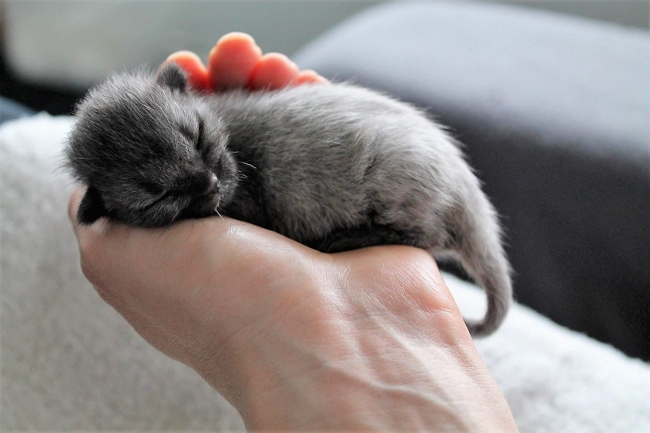 The kind woman and her husband named him after Batman’s Bruce Wayne, also an orphan, and began to bottle-fed him around the clock. He was so small and so weak there were frequent visits to the emergency clinic, but Bruce continued to fight, just like his namesake. The vet that worked with Bruce thought that he was left behind by his mother, who was most likely a stray, when she was moving the litter to a new location. 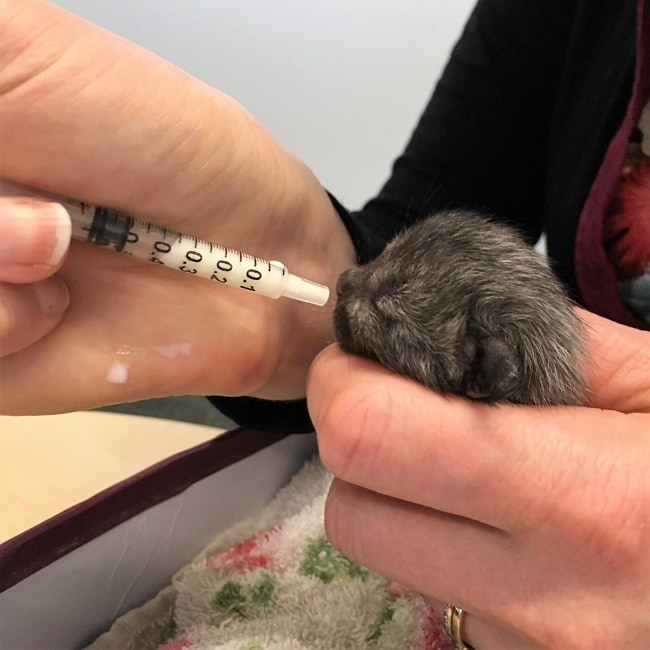 Jager, the family cat, was none too impressed when she met the youngster, but gradually they became friends, Jager teaching her young ward some of the cat essentials. His story went viral, with people around the world sending messages of support to Bruce as they watched him open his eyes for the first time, and guessed what kind of breed he might be.  His blue eyes and grey fur indicated he was, perhaps, a British Blue, maybe even a Siamese due to the dark points he developed, but as he became stronger and healthier, his fur began to change to a sleek black, revealing him to be a “moggie.” It seemed that Bruce had a condition called “fever coat,” which is often due to the mother being sick or highly stressed during pregnancy causing a lack of pigment in her young.

Now Bruce has moved from Auckland, where he was found and fostered, across New Zealand to Dunedin, where he lives and romps about happily.  He also had a very special first birthday filled with a crowd of folks singing him happy birthday, cards with good wishes from around the globe, and a Bruce-shaped cake to top off the festivities.