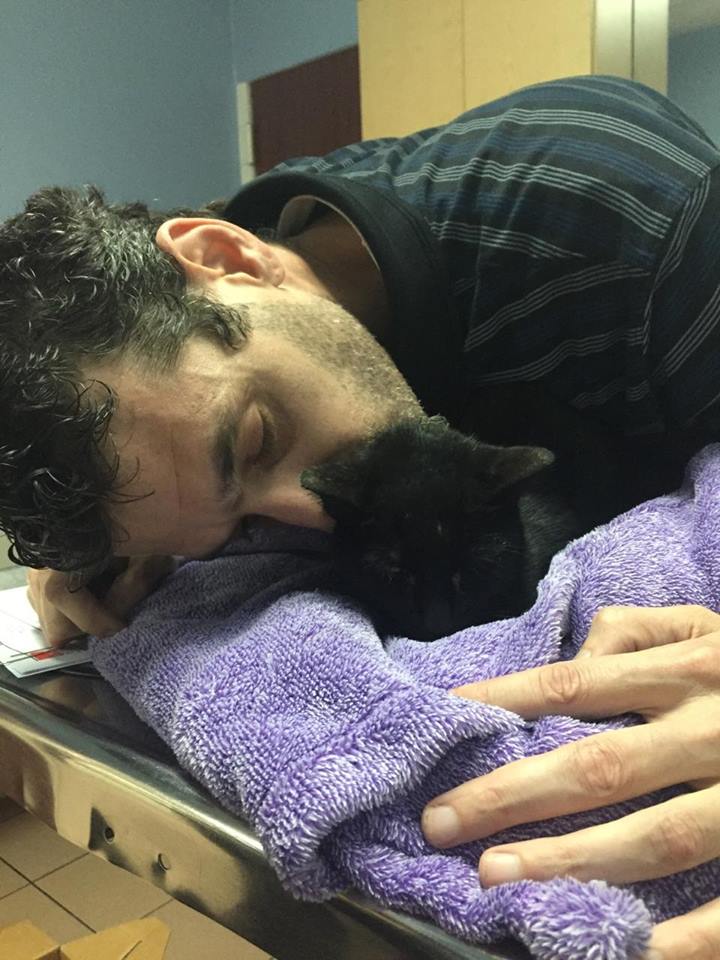 The South Florida rescue group Undercats4Life was at the forefront of what turned into a huge rescue effort to save a cat trapped at the bottom of a drain outside a Miami, Florida Walgreens earlier this week. Local residents who feed neighborhood strays said they heard cries coming from a nearby drain at Northwest Seventh Street and 57th Avenue and sought help on Monday. That help eventually included Undercats4Life (who were the first on the scene after being called by the residents who feed the cats), the fire department, City of Miami public works and Miami-Dale officials, two plumbing companies, veterinary staff and more, along with a throng of concerned onlookers. Walgreens also helped by authorizing the rescuers to do whatever was necessary to get the cat out.

The operation took more than 24 hours, and involved nderground cameras, a monitor, a water hose and heavy equipment. The cat was finally rescued Tuesday and was taken to Knowles Animal Clinic for assessment and care. He was extremely tired and soaking wet when the ordeal was over. Undercats4Life took responsibility for the cat and his future.

Kitty was initially called Venom, in honor of a woman from the city’s Venom Unit who was one the scene at the rescue. He was then called Piper, and now has his permanent name: Peter Piper.

A January 21 update on Piper by Undercats4Life said: ‘He is eating. His white count is elevated and his Pcv is low. But he is neg for FeLV and FIV.”

Peter Piper was released from the hospital yesterday, and went to his forever home. He was adopted by Undercats4Life volunteer Bryan Ruvolo.

“I can’t even tell you what I’m feeling. I’m ecstatic. I’m thrilled. I’m anxious. I’m nervous. I just can’t wait to get him home,” Bryan told WSVN News. “He’s gonna have a great home for the rest of his life. No more going near pipes. No more going outside. He’s good. He’s gonna be a bed cat now.”

For more on the story, see our post from Wednesday, January 21: Cat trapped below ground is saved in huge rescue operation. 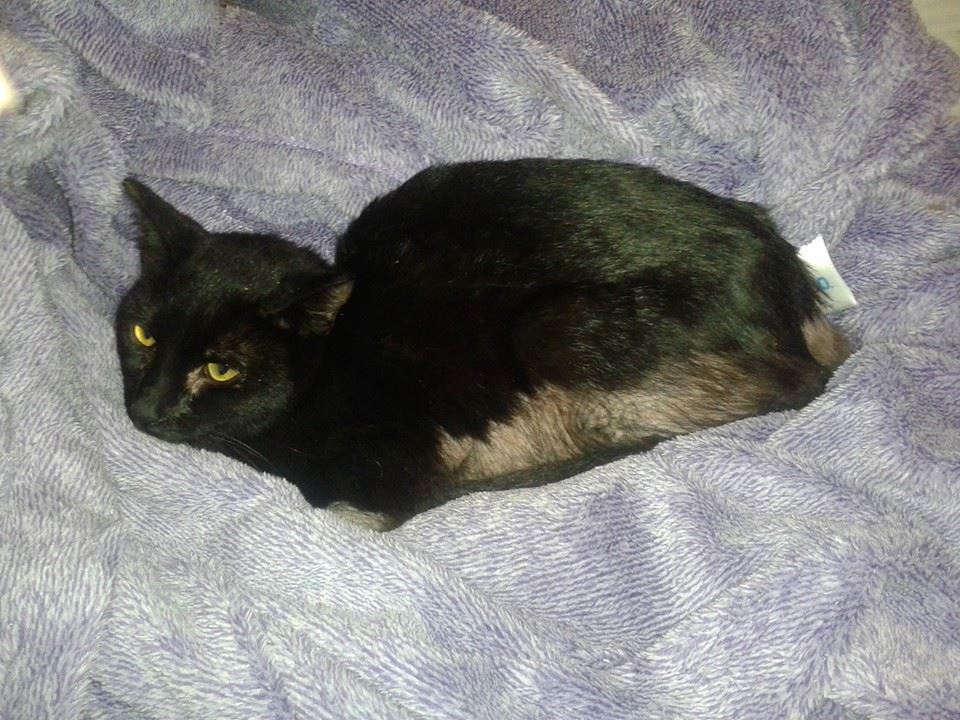