.
It is hardly a title to aspire to but a German cat named Elvis may be the world’s heaviest cat, weighing in earlier this year at 38.5 pounds.

The gargantuan kitty is compromised in his mobility and has the health issues associated with obesity.The poor fellow suffers from diabetes, his frame struggles to support his weight, and he can only manage  a few steps before his hind end seems to buckle from under him.

He is now in the care of an animal charity and is getting help to carefully lose weight and get fit.

Elvis is in the care of the animal charity Arche 90 (The Ark) in Dortmund, Germany, and not for the first time. He came to them as an overweight 31 pound kitty in 2010, was helped to lose weight and was adopted out. He returned to Arche 90 in January after the charity received a call from a veterinary practice when Elvis’ owners brought him in, saying they were overwhelmed and did not want to care for him any more.

Arche 90 volunteer Katrin Hessbrugge said during a video segment on Elvis: ‘Elvis is the fattest cat in Germany, if not worldwide.

‘Being overweight is bad for any animal. The inner organs are over strained and the muscles can’t hold the weight. In the worst case an animal with such problems would die. We want to prevent this.’

Responding to European media attention focused on the massively fat cat, Arche 90 said at Facebook in early February: “Our cat Elvis has become a tragic celebrity.”

The charity also wrote about Elvis’ sweet nature, saying (in an approximate translation):”Elvis is a complete softy and a lovable cat, who claimes his Cuddles, who is very curious about everything in his environment, is interested in everything, and is just plain lovable.”

Elvis will remain in the group’s care until his health and weight issues are well under control.  Assuming the 7 year old cat does not succumb to obesity related health concerns , he will eventually be placed in a loving and responsible home. 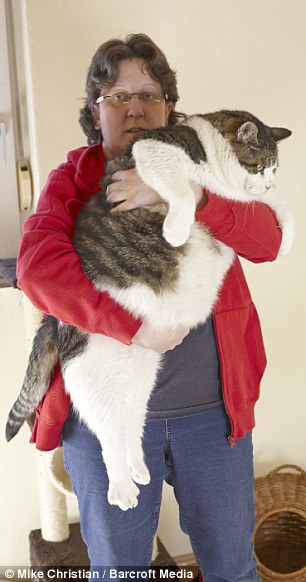 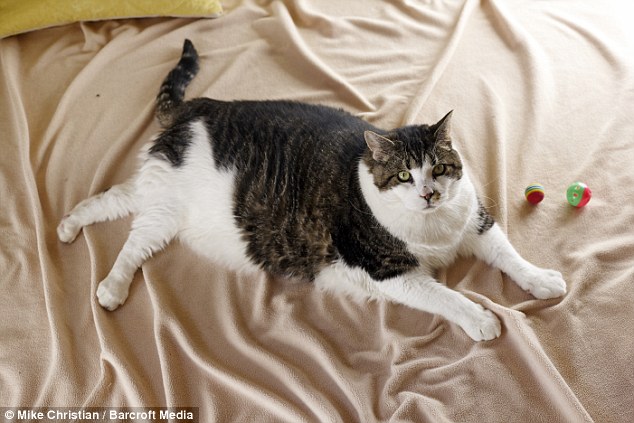 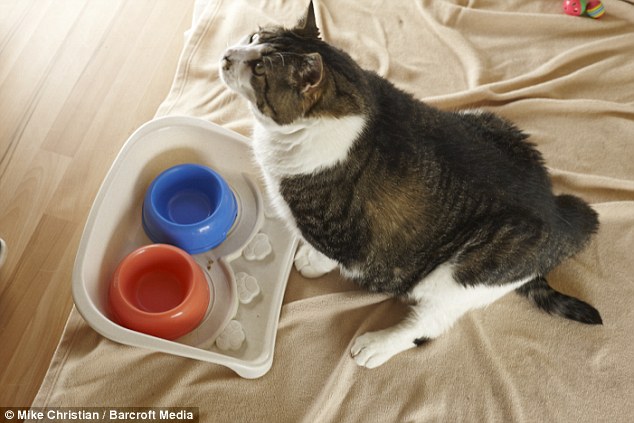 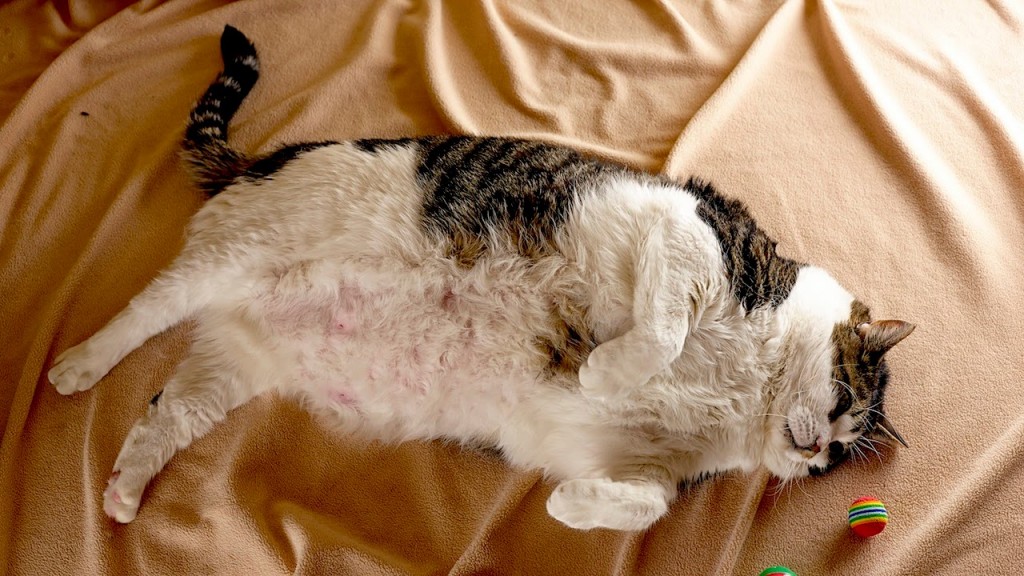