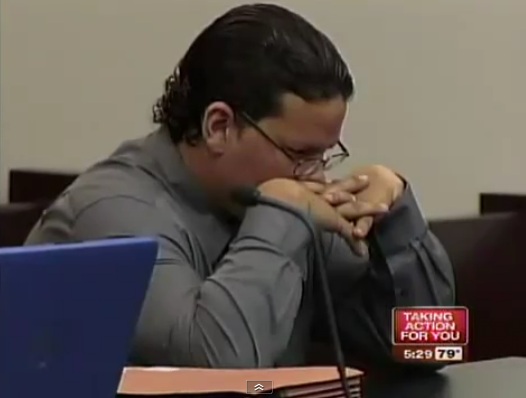 Giovanni Estrada, the Tampa man who shot his girlfriend’s cat approximately 30 times with a BB gun, placed it in a carrier, and threw it into the bay, pled guilty and was sentenced on Wednesday.

Mittens was rescued in September after a passerby heard her mewing and then saw the crate floating near a seawall in McKay Bay. Estrada claimed he shot the cat because he ate his pet crawfish. He was sentenced to two years community control, with one of those years to be spent in the county jail. He also faces three years probation and 250 hours of community service. One hundred of those hours are to be served at the Humane Society.

His girlfriend, Missy Krack, told officials she thought Estrada was going to release the cat into the wild. Investigators report she later admitted she was present at the time of the crime and allowed it to happen. Both Estrada and Krack are barred from ever owning a pet in Hillsborough County.

Mittens recovered from her wounds and is now placed in a new home. She also has a new name: Lovey.

5 thoughts on “Man Sentenced for Cat Abuse with BB Gun”