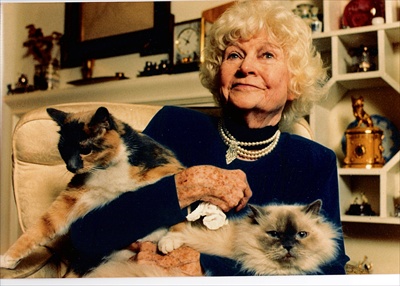 A Connecticut sanctuary for cats whose owners have died or gone into nursing homes suffered a deadly and destructive fire Friday night, as it relied on generators for power 6 days after a freak snowstorm hit the Northeast US.  The storm knocked out power to millions of customers across the region, but most had their service back within a few days.

The fire at Last Post Cat Sanctuary in the Falls Village section of Canaan CT destroyed two buildings, one for storage and one used to house about 30 of the sanctuary’s approximately 160 cats.  Early reports about the loss of life indicated that 20 cats perished, but the number is now set at 30. The sanctuary also lost all of its extra bedding and linens,as well as equipment and machinery including lawn mowers and tractors.

Last Post was founded by Pegeen Fitzgerald in 1982 as a cat sanctuary and retirement home. Ms. Fitzgerald passed away in 1989. The sanctuary, located in a wealthy area,  is a non-profit, relying on bequests and donations for its operation.

Sanctuary spokesperson and business administrator Susan  Leach-Gregan said on Monday that the fire marshall had determined that the fire was started by a propane heater that overheated. The Sanctuary was still without electricity and running off of generator power Sunday night, leaving staff worried about the possibility of more fires and loss of life.

Devastated current and former staff members attended a memorial service for the lost cats on Saturday evening. Ms. Leach-Gregan was quoted in the Register Citizen saying, “Our cat shelter manager Sheila Ball is extremely devastated since she has been with the shelter for 28 years, and knows every cat by name, she just knows everything about them.”

The sanctuary is accepting donations of  bedding and supplies, as well as money for a rebuilding fund, though early reports on the fire indicated that the lost buildings were fully insured. Donations can be dropped off at the shelter, at 95 Belden Street, Falls Village CT. Donations for the sanctuary’s rebuilding fund can be mailed to Last Post Sanctuary, care of People’s United Bank, PO Box 927, Canaan, CT 06018.