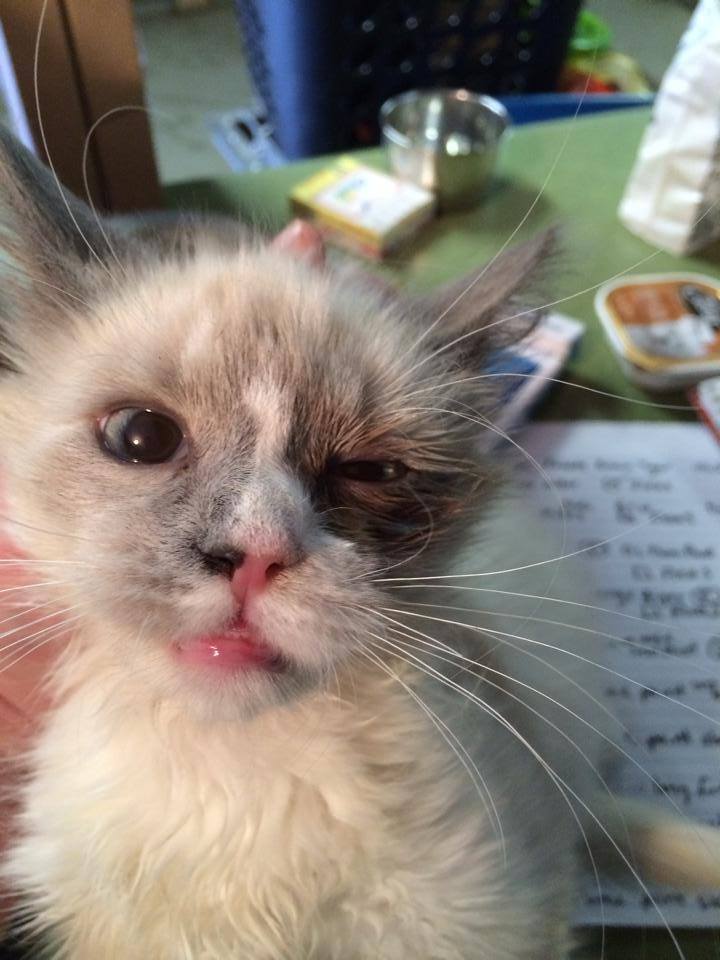 Animal cruelty charges filed last winter against an alleged kitten mill breeder in Western Massachusetts were dismissed yesterday by a judge who said the defendant’s rights were violated.

Northern Berkshire District Court Judge Paul Vrabel said the search of the kitty mill operator’s home and property that resulted in the seizure of numerous sick kittens and cats  “violated the defendant’s right to be free from unreasonable search and seizure.”

Authorities removed 31 cats and kittens from a kitten mill operated by John D’Allessandro of Savoy, MA in January, 2014. Much like puppy mill dogs, these cats were poorly cared for and several required medical attention for severe infection and flea anemia.

Kitty mills do exist and they are able to do business over the internet, with operators making money on overbred and sickly animals in a world where many thousands of homeless pets are available for adoption every day.

D’Allessandro offered his cats for sale through Facebook, as sold by “Savoy Ragdoll Ranch,” according to police. Savoy Animal Control officer Carrie Loholdt said the Ragdoll mix kittens sold by the kitty mill operator were being offered for $250 online.

The 31 cats were taken away after authorities received several complaints from neighbors and other members of the community. Authorities showed up with a search warrant and rescued the animals.

Northern Berkshire County Animal Rescue, in North Adams, MA, and Dakin Pioneer Valley Humane Society, in Springfield both pitched in to care for the rescued kittens and cats. The former took the sicker cats and the latter took those that were in better shape.

“Our rescue extracted 31 cats … they were weren’t fed consistently, were left to drink mildew green water, forced to live in their own feces and urine.

“Our batch of kittens … and adult cats … are struggling with a multitude of medical problems: upper respiratory infections, eye infections (2 will need their left eyes removed and 1 big Roma cat is waiting to see if long term meds will help and he ]may] lose both eyes) have ear mites on top of ear infection. Many are so infested with fleas they are anemic and have scabs and scars from the constant itching.  … Many of these sweet cats may require extensive medical treatment.”

Dakin Humane Society wrote about the cats at Facebook on February 3:

“This was a sad situation where people’s breeding and selling of these cats became out of control … .

“Due to the environment that they came from, these cats do not have the classic ‘Ragdoll personality’ (outgoing, friendly, dog-like). These are traumatized and undersocialized cats who will need a very quiet and patient home that will allow them all the time they need to feel comfortable.

“For some of them, they may only acclimate to one person and that after a long period of time.”

See our post from February 5, 2014, Kittens and Cats are Rescued from Western MA Kitten Mill, for more on the rescue and charges.

The Berkshire Eagle reported on the dismissal of charges against D’Allessandro today:

NORTH ADAMS — A judge dismissed more than 30 counts of animal cruelty against a Savoy man on Tuesday, ruling that the authorities’ search of his properties violated his rights.

In total, 31 felony charges of animal cruelty and 25 counts of rabies vaccine violations were dismissed from Northern Berkshire District Court upon the request of defendant John D’Allessandro, Jr., 55, of Griffin Hill Road.

Judge Paul Vrabel wrote in a 16-page decision that the two search warrants, requested by police and approved by Northern Berkshire District Court Clerk-Magistrate Timothy Morey, “violated the defendant’s right to be free from unreasonable search and seizure.” 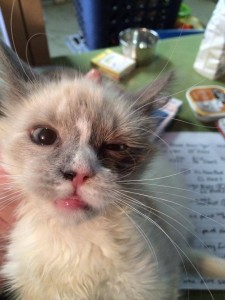