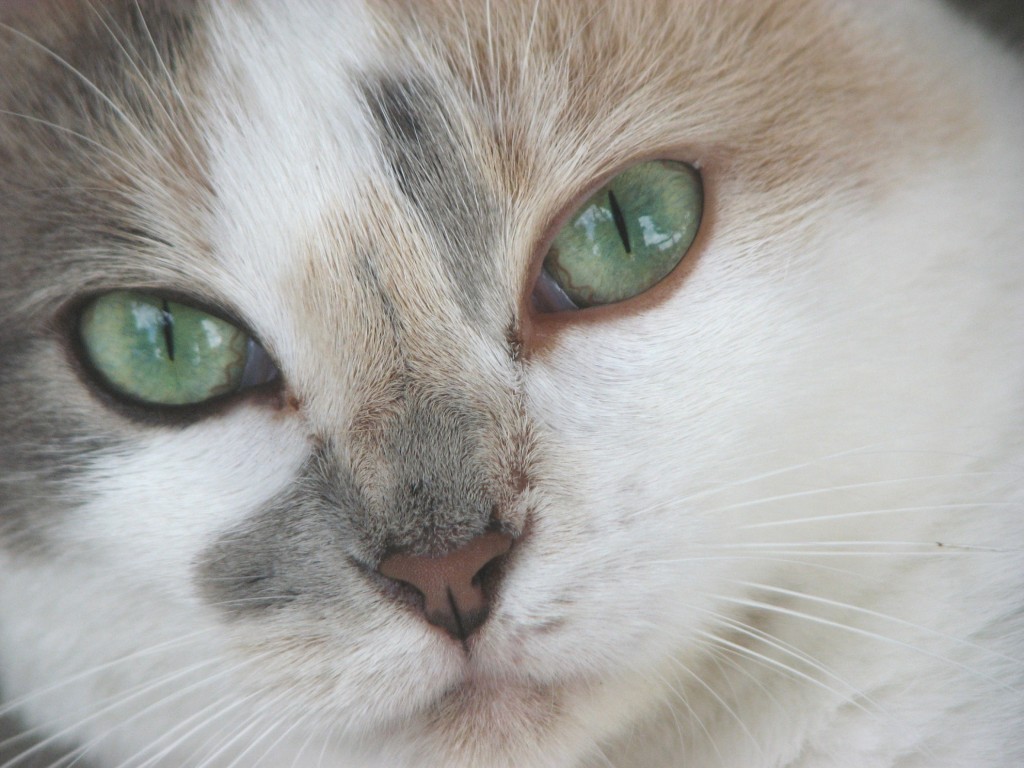 There’s a lot going on in the windows to kitty’s soul.

• Cat vision is sharpest 2-3 feet from the face.

• Cats can see clearly in only one sixth the light we humans need to see well.

• Cats cannot see in total darkness. However they have a higher rod to cone ratio than humans enabling them to see better in low light.

• Cats are NOT colorblind. Some colors are more muted than they are to us. Cats can distinguish blue colors best. Red…not so much.

• The elliptical pupil opens and closes faster than the round pupil we humans have. This allows the cat’s eyes to adjust to light changes rapidly. Interestingly, Lion (and other big cats) eyes constrict into tight circles like humans as they hunt in the day time. Big cats do not see as well in low light as their smaller cousins.

• The pupil also indicates emotional state. A narrow pupil can indicate anger or irritation, while a wide open pupil is indicative of fear or excitement.

• As most of us have heard, white cats with blue eyes are usually deaf. If a cat is white and has only one blue eye, he will likely be deaf in the ear associated with the blue eye.

• In order to take advantage of all available light, the back of the cats retina contains a layer of mirror-like cells called the tapetum lucidum which collects and reflects light and is responsible for “eye shine”. This is why you get eerie glowing-eye photos when you use the flash. Most carnivores who hunt at night have this layer of cells and so do deep sea animals. While humans can have “red-eye” with flash photography, it is not the same thing. We do not possess the tapetum lucindum.