When Mohammad Alaa Jaleel, who is known as The Cat Man of Aleppo, found a pregnant street dog, he did the best he could, including giving up his own room to make her as comfortable as he could.  Then he built her a little house next to his feline sanctuary,  Il Gattaro d’Aleppo, home to 80 cats. 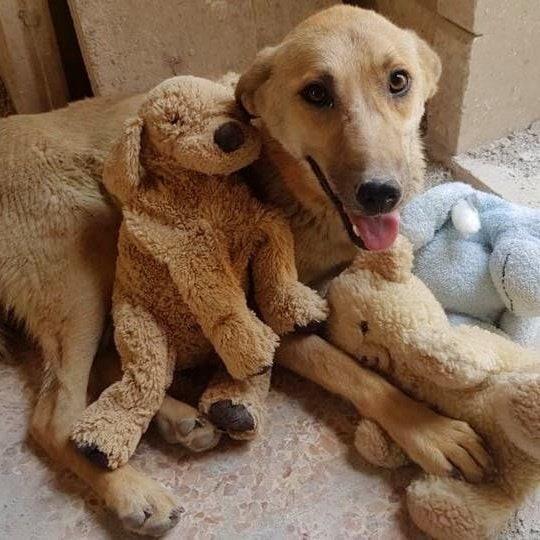 Amira went into labor, but her puppies were stillborn, and the canine was heart-broken. Alessandra Abidin, a volunteer with the rescue group, told Love Meow, We were sad and shocked… We gave her a stuffed teddy bear and tried to cuddle with her because she was very sad.” 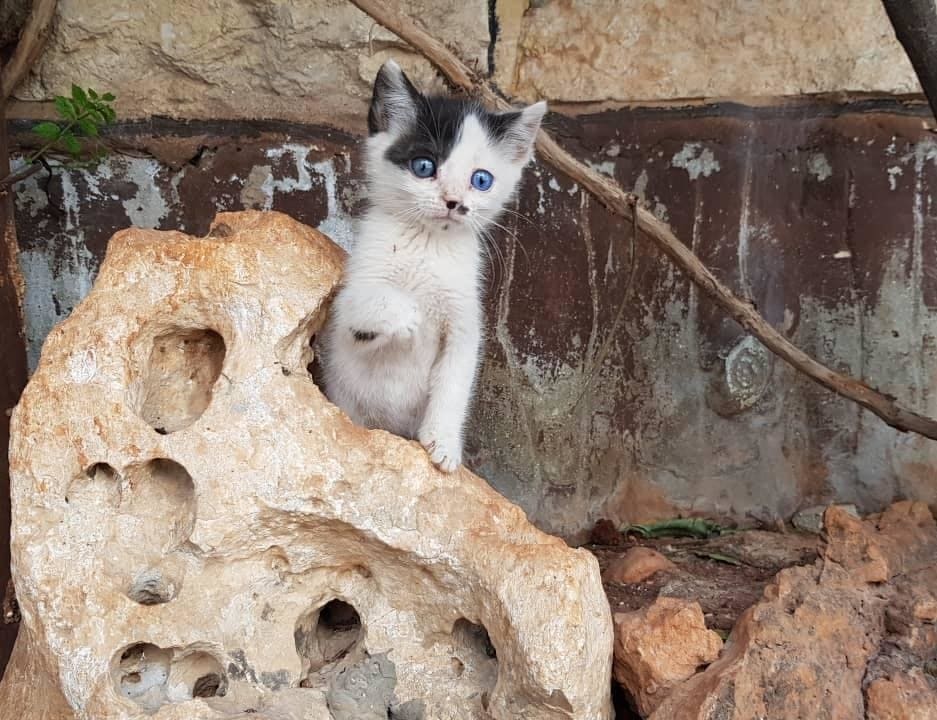 Enter Junior, a newly arrived little street rescue, and seeing both the teddy bear and Amira, made her approach. Slowly, at first, inching toward Amira’s paws, eventually working her way up to rub against her face. Change began to happen and after only a few days, the teddy bear was replaced with a tiny white and black kitten who Amira was now treating as one of her own. 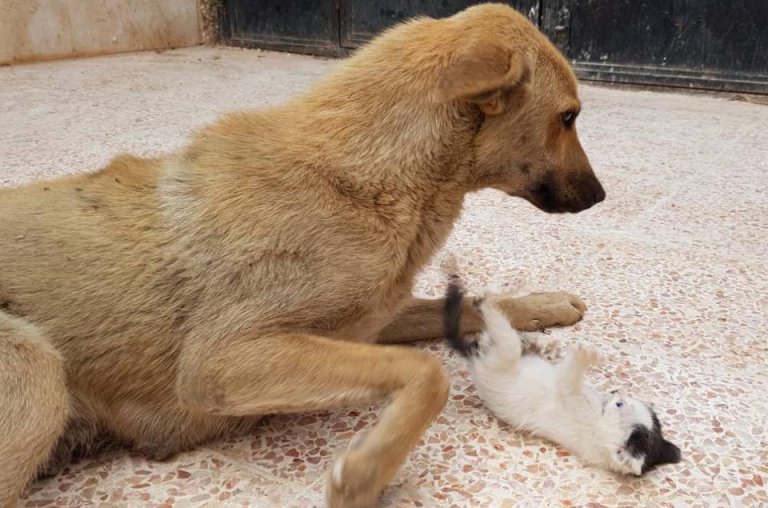 “We found them playing together, and the kitten climbed on her back, and (Amira) was completely fine and even seemed to be smiling,” Alessandra said. “I think Amira needs to stay with Junior because her heart was sad after losing her puppies.” 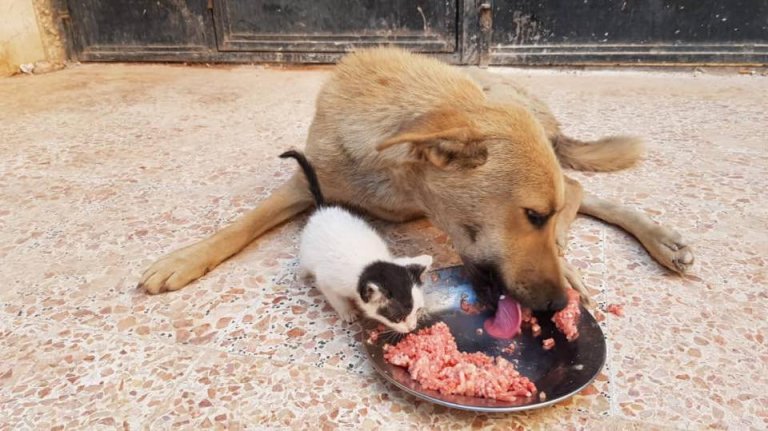 The two play together. Eat together. Sleep together. For a pair for whom things started out roughly, it is nice to know they have formed a special bond, and are now both safe and sound and loved. 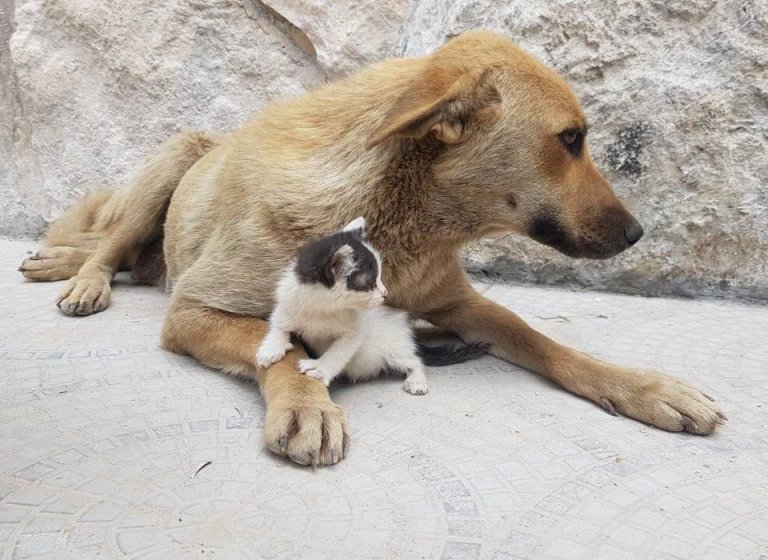