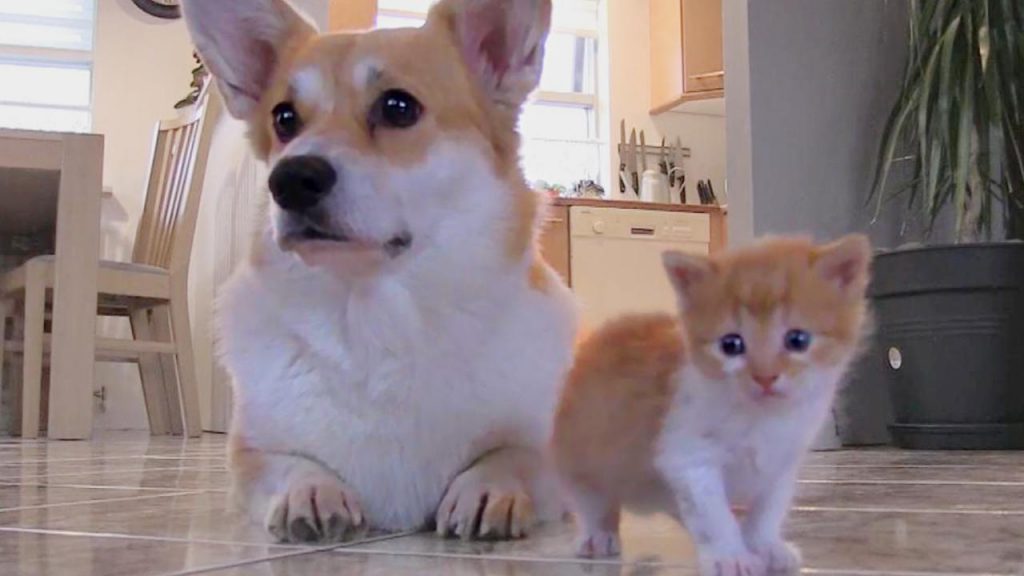 Irma lost a litter of seven puppies at birth. Her owner, Johanna, noticed a dramatic change in the dog’s mood and decided to see if she might be able to help. Adopting a kitten, Johanna hoped the tiny addition to their home would help Irma get back to being her old self.

And it seems to have done the trick. She adopted the kitten and it now getting a taste of motherhood, the two having become inseparable.

Surrogacy in animals is not new and has often helped other animals in need on a variety of levels. Rescue organizations often use lactating dogs and cats to nurse and care for litters that have lost their mothers.  For puppies and kittens who may be refused by their mothers, the same strategy has worked, often preferable to bottle feeding. As in the case of Irma and her kitten, cross-species use has also been used with great success, benefiting both animals physically and emotionally.

It has also been seen where animals will become bonded for a variety of reasons, including the loss of little ones, being alone, in frightening situations, lost or abandoned. Like humans, it seems animals are as equally capable as we are to have emotional attachments, whether it is to their young, their siblings or partners, or another animal in a similar situation. Recently, a video of a cat and a chicken made the social media rounds, the pair huddling together for protection during the raging fires devastating California. Similarly, the story of a dog in Aleppo who adopted an orphaned kitten demonstrated the power of a mother’s love, regardless of species. Koko, the world famous gorilla who communicated in American Sign Language, had a fondness for kittens, even asking to have one for her birthday. When her kitten died, she shared she was very sad, a clear indicator that she had feelings for her little friend and companion.

As to Irma, it appears that she may be on the way to healing a little of her heartache thanks for her thoughtful, observant owner, and a tiny kitten.