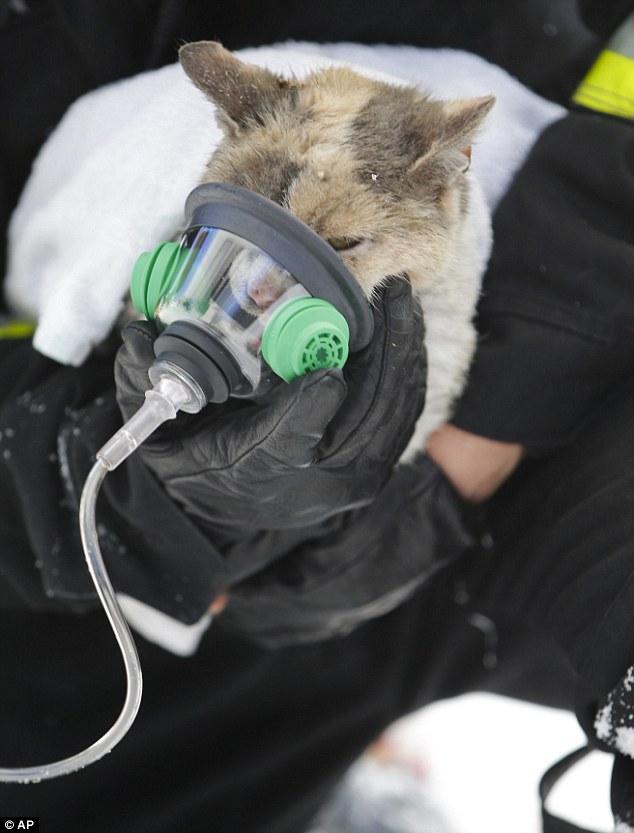 Prissy the cat was treated outside of her burning home by a firefighter using a pet oxygen mask Tuesday.

Lexington, KY firefighter AJ Johnson cradled the cat in his arms as he helped her to counter the effects of smoke inhalation from the fire that spared her family and their pets but destroyed their long-time home shortly before noon on Tuesday.

Prissy lived at the Wallingford Court home with Verdis Pennington, his wife, their two grandchildren, another cat and several dogs.

Verdis told a reporter from the Lexington Herald-Leader that he’s lived in the home where he raised his family for 49 years, making additions and expansions to what started as a small house. He was on hands to see it burn, but thanked firefighters – who were delayed by snow covered roads – and said he was happy that no one was hurt in the fire.

“Of course you can rebuild,” he said, while accompanied by his chocolate lab, Pretty, who firefighters found in the back yard.

Prissy is said to have gotten out of the house on her own before receiving comfort and help from firefighters. The family’s other cat is said to have survived the fire but no details on whether she was rescued from within or found outside have been reported.

“Thank God everybody got out; nobody got hurt,” Verdis Pennington said. “I just appreciate everything everybody has done. I thank God for the fire department. They have a hard job; they do a good job.” 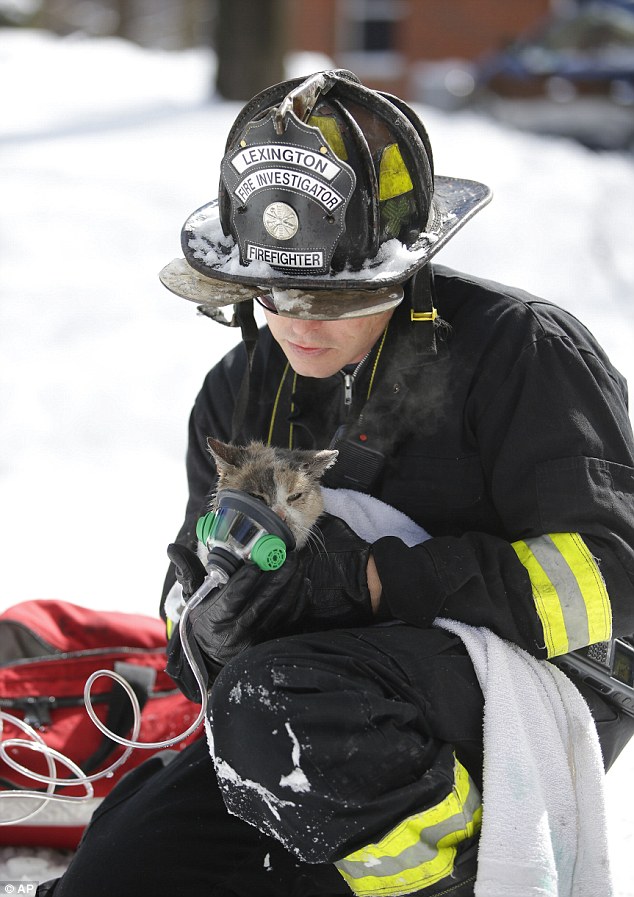 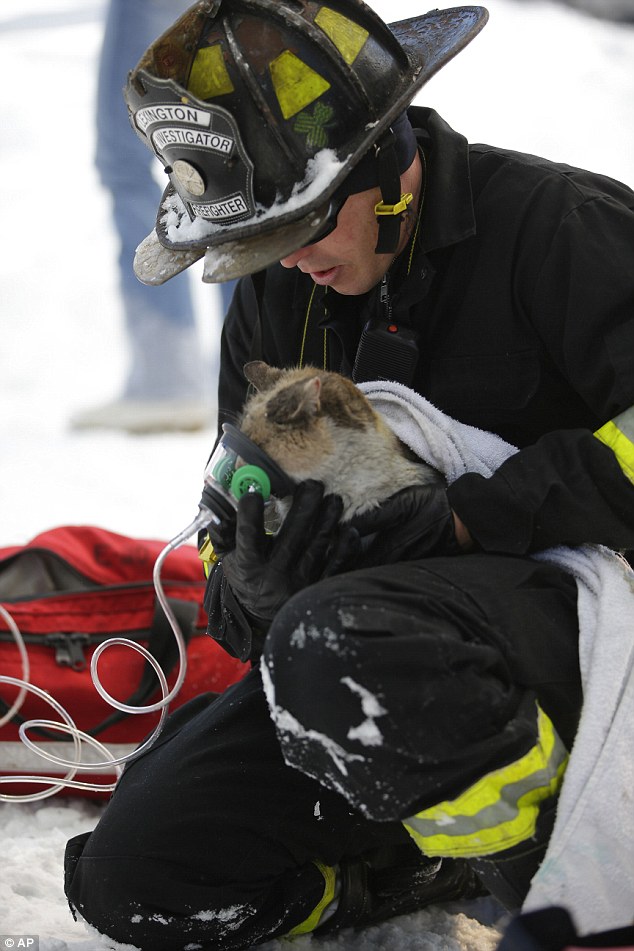 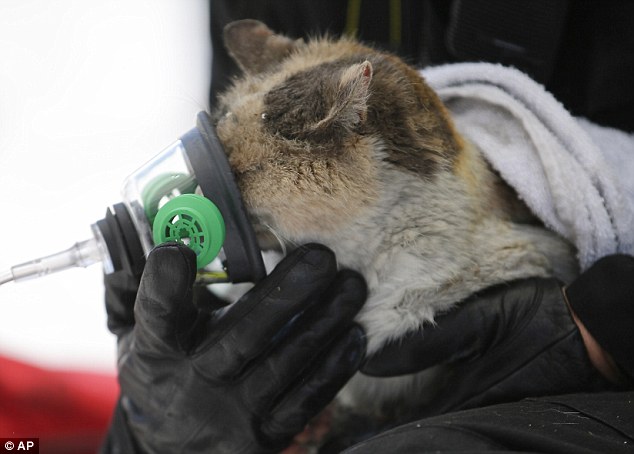 .
We see the cat being treated with the pet oxygen mask during this Lexington Herald-Leader report from the scene of the fire: 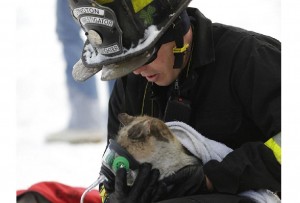