Caffrey is a 13 year old Persian cat from Woking, Surrey UK who has spent his life with his loving guardian Sue Greaves. For the first three years of his life, Caffrey walked about on all four legs. Then a car accident severely damaged his left hind leg and the corresponding front paw. £3,500 later, Caffrey’s hind leg was amputated and a series of surgeries helped repair his left front paw.

He got around well on three legs for the next ten years, hardly showing an signs of disability, then four months ago Caffrey was diagnosed with a malignant growth on his left front leg.  Sue’s vet got the opinion of four colleagues, all of whom advised putting him down rather than amputating the leg. All felt he would lose his quality of life when, after amputation, he would have only the legs on his right side remaining.

Sue decided to go ahead and amputate to save Caffrey’s life.  Caffrey was expected to have a months long recovery, but, as you will see in the video below, he is already running around and enjoying a normal life.

‘Everyone who sees him is astonished at what he can do,’ Mrs. Greaves said. ‘He doesn’t seem bothered at all by having only two legs.’ 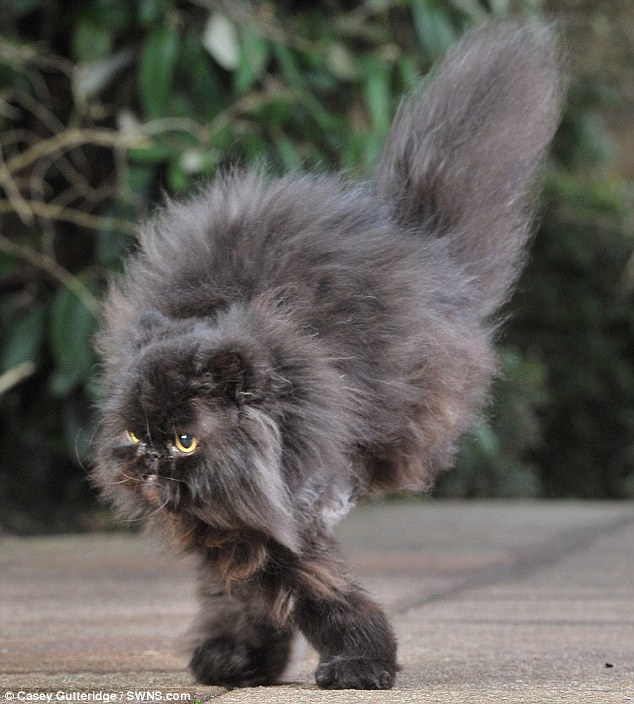