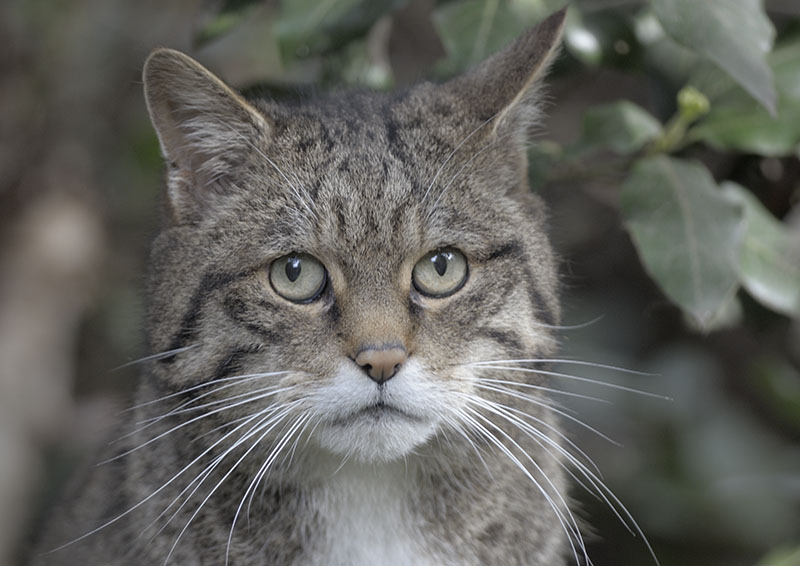 The Chester Zoo has a birth announcement.  In a press release they were happy to share the following:

The arrival of the kitten – the first to ever be born at the Cheshire zoo – has given a big boost to a conservation programme which is working to bring Britain’s rarest mammal back from the edge of extinction.

Experts believe there could now be fewer than 100 individuals left in the wild making the Scottish wildcat, or ‘Highland tiger’ as it is affectionately known, one of the most endangered populations of cats in the world.

Wildcats once thrived in Britain but were almost hunted to extinction for their fur and to stop them preying on valuable game birds. They are now protected under UK law but remain under huge threat from cross-breeding with feral and domestic cats, habitat loss and accidental persecution. 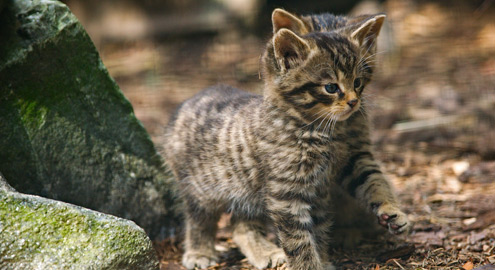 While the three Scottish wildcats at the zoo are being held behind the scenes in the special breeding facility, those visiting the Chester Zoo can see them via a live webcam feed.  Mum Einich, dad Cromarty and the new kitten make up the fewer than 100 Scottish wildcats, also known as the ‘Highland tiger’, left in the United Kingdom.

Mammal Curator, Tim Rowlands’ statement shared, “The arrival of the new kitten is a major boost to the increasingly important captive population in Britain. It was born in May but has spent the first few months safely tucked up in its den with mum Einich and has only recently gained enough confidence to venture out and explore. It won’t be too long until this little kitten grows into a powerful predator.

Conservation breeding in zoos is a key element in the wider plan to conserve the species in the UK and, drawing on the unique skills, knowledge and knowhow of the carnivore experts working here, we’re breeding Scottish wildcats to increase the safety net population and hope to release their offspring into the highlands of Scotland in the future.

In tandem with our breeding programme we’re also supporting monitoring work in the Scottish highlands and have funded camera traps that are being used to identify areas where wildcat populations are thriving or suffering.

This project is of national importance and shows what an important role zoos can play in helping to save local species. We’re very much part of efforts to maximise the chances of maintaining a wild population of the stunning Scottish wildcat for the long term.

The Chester Zoo has been promoting their  Act for Wildlife campaign, with the hopes to one day be able to release endangered animals back into the wild.