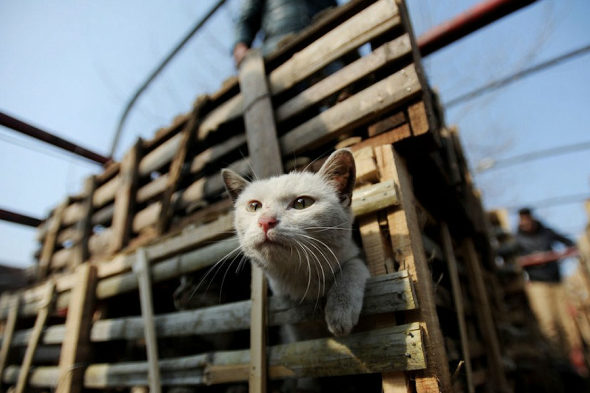 Animal activists in Wuhan China stopped a truck crammed with 2,800 caged cats headed to Nanning in Guangxi Province on January 14 and rescued the animals. The cats were presumably headed to market, where they would be sold to restaurants for their meat.  While the residents of most of China do not eat cats and dogs, the practice persists in the southern province of Guangxi. Every story we have seen about cats being intercepted on their way to restaurant dinner tables in China reports Guangxi as the intended destination.

Traffic police assisted the activists when they opened an investigation of the truck’s driver, who they say carried a fraudulent quarantine license for the cats.

The protestors blocked off the truck all night on the 14th, then were joined by more activists, along with other local residents, on January 15. A stalemate between protesters and the lorry driver went on until 6pm before the rescue was effected.

A spokesperson for the Animal Protection Association Center in Wuhan said that there was no way to take in all of the 2,800 cats at once, but they should be rescued and placement should be found for them.  The cats may be held in quarantine.

Hand in Hand With Asia’s Animal Activists told more of the story at Facebook, writing:

At 6pm on January 14th 2014, a University student spotted a truck filled with cats in Wuhan, China, on the road to Nanning. He contacted Wuhan Small Animals Protection Association and the police, as well as posting for help on Weibo. The truck was chased on the highway, eventually being stopped by Traffic Police. Hongshan Animal Quarantine Dept confirmed that the paperwork was fake. The truck was ordered to return to Wuhan for investigation.

Just past mid night on January 15th, the truck driver tried many times to escape. Eventually the truck was driven back Jiangxia, Wuhan. The trafficker, Mr Wang, arrived at the scene and had several physical altercations with volunteers. The initial unloading location was decided by the trafficker at a fruit wholesale market. Half way through the unloading process the trafficker set fire to the market to hinder the unloading process. Activists found a temporary building materials warehouse where the cats were unloaded again.

Mr Liu from Jiangxia Animal Quarantine Dept said the transportation of these cats is illegal. They confiscated the cats and are now taking down records. They have given a verbal agreement to Wuhan Small Animal Protection Association about follow up work with the cats but have not issued a written statement.

Cat owners have been posting on Weibo, photos of their own missing pets. When he heard that the truck had been pulled over, one man went to the scene at 8am and helped the volunteers while looking for his own missing cat. He finally found his cat, missing since December 27th 2013.

Many of the cats had collars on – much loved stolen pets and many of the cats died. The traffickers responsible for the suffering had physical and verbal altercations with the activists.

As well as the news being shared on Chinese social networking sites, Wuhan newspapers gave full coverage to the event! The Wuhan Evening News even made it their headline!! The activists said “On behalf of 2800 lives, we salute and thank all the reporters and editors for letting more people know the truth about this industry”. 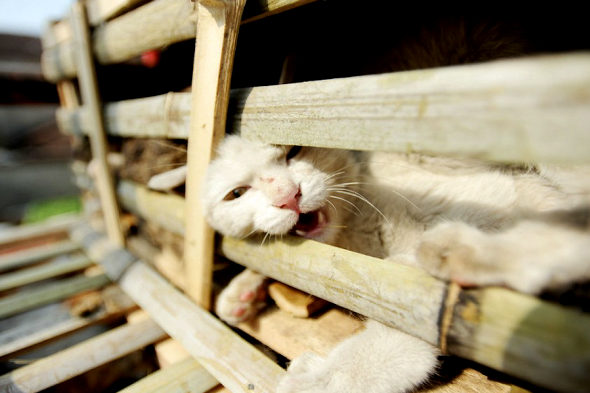 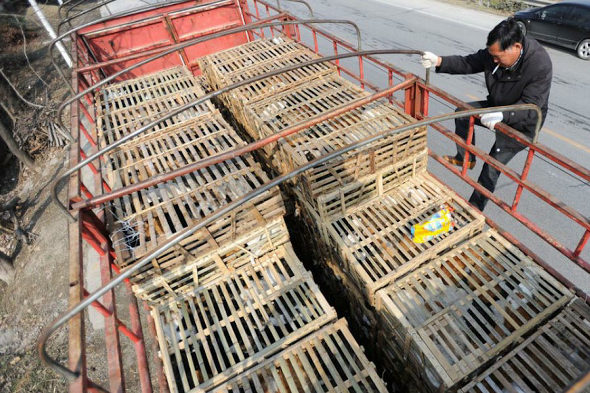 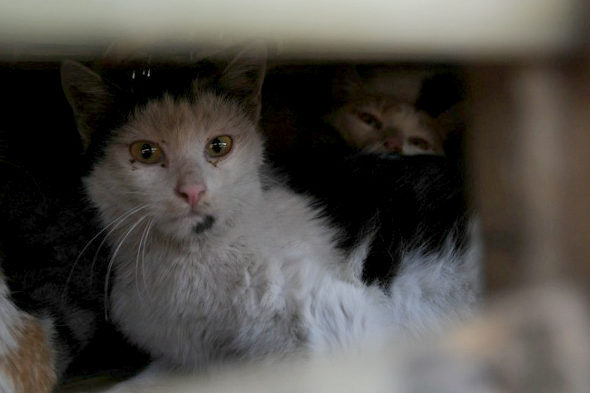 .
Numerous Chinese and other Asian news sites have published brief reports on the story, in both Chinese and English. Here are versions from ChinaNews Japan’s RocketNews24. 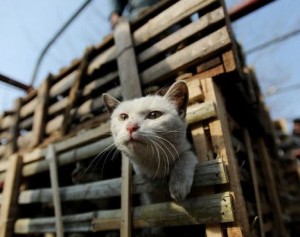 6 thoughts on “Chinese Animal Activists Save 2,800 Cats Headed to Market”