.
Kittens rescued from death row are getting a second chance while enriching the lives of their foster caregivers at the Gwinnett County, GA Detention Center.

Women in Unit 1A at the jail are now sharing in a program most known for its efforts with dogs and male inmates. Operation Second Chance – Jail Dogs, has operated since 2010 as a partnership between the Gwinnett County Sheriff’s Department and the Society of Humane Friends of Georgia.   The program was expanded to include cats in October 2013.

The animals in the program are mostly death row rescues from Gwinnett County Animal Control.

The female inmates say they benefit from the companionship of kittens recently introduced into their care.

Amy Jackson made the video with the cats and their caregivers seen below, and created the Jail Dogs in 1C Facebook page.

FMI on the kittens, or to help with the program, see the Available Cats page at the Jail Dogs website.  The program invites members of the public to sponsor or adopt the cats. Adoptions can be initiated online via the Society of Humane Friends of Georgia  Cat Adoption Application form. 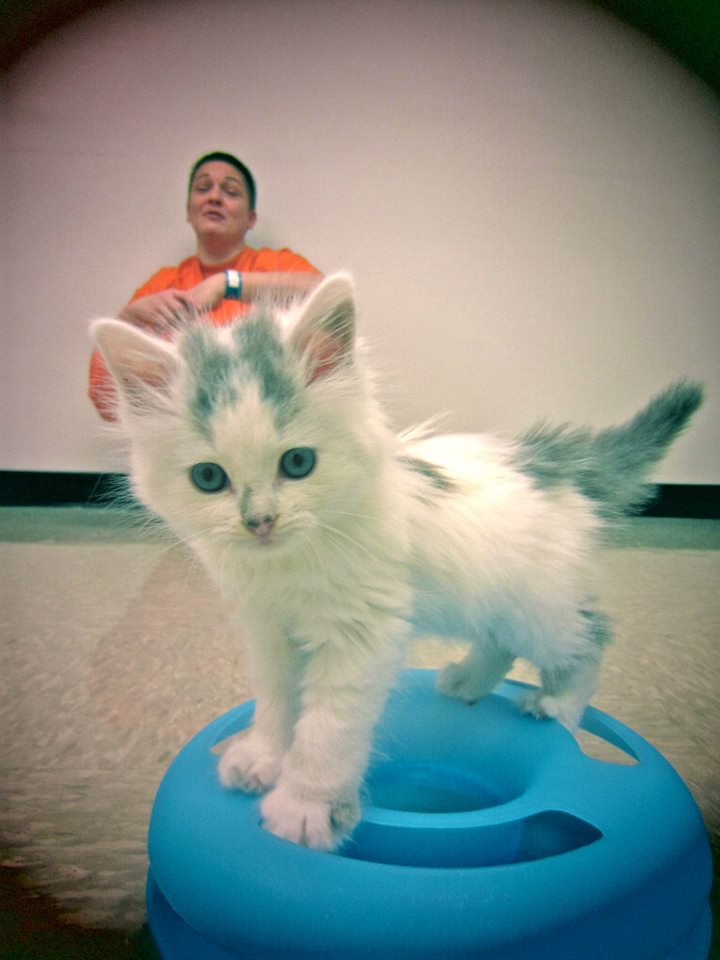 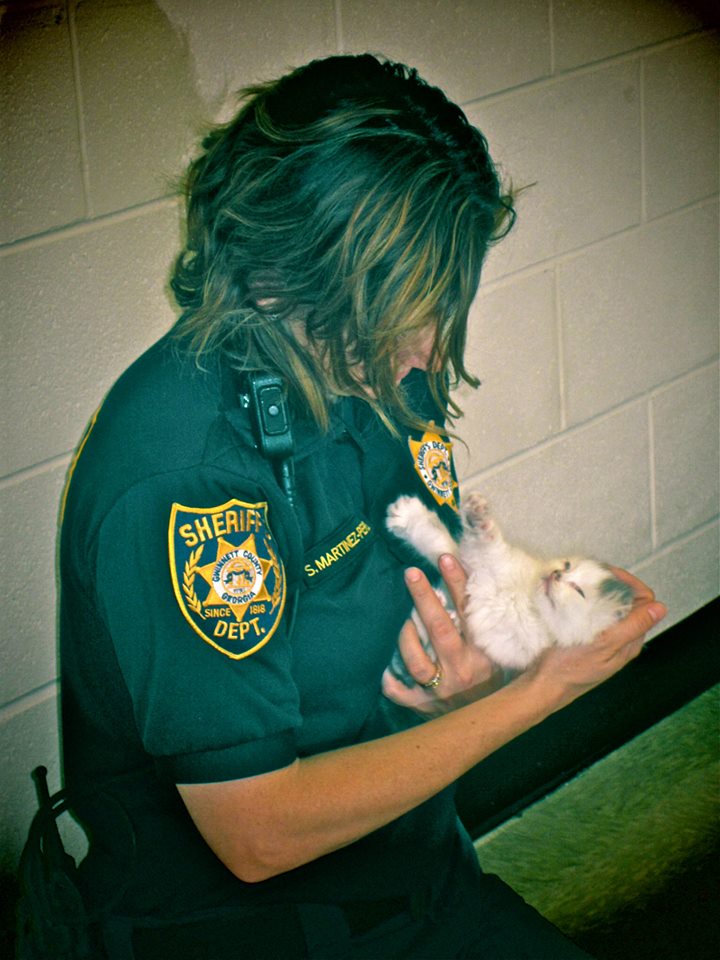 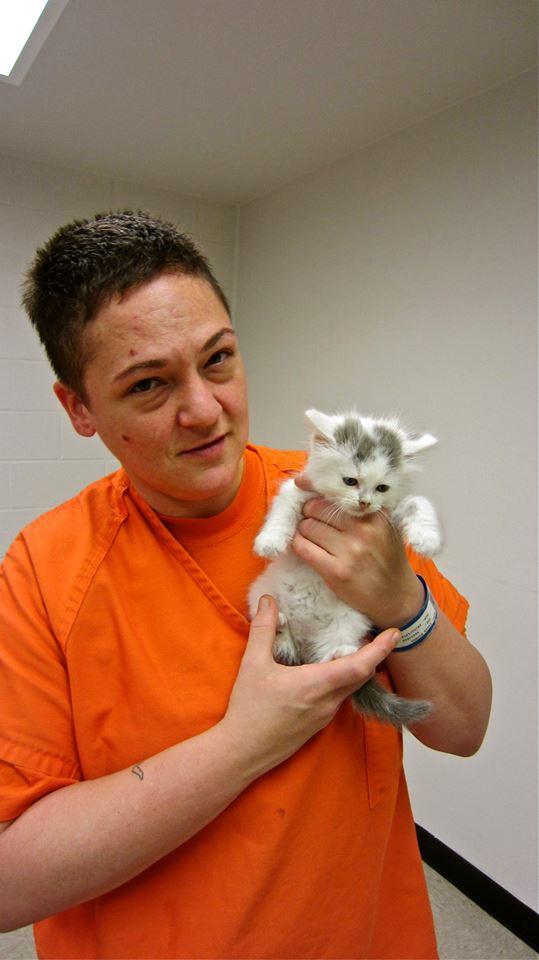 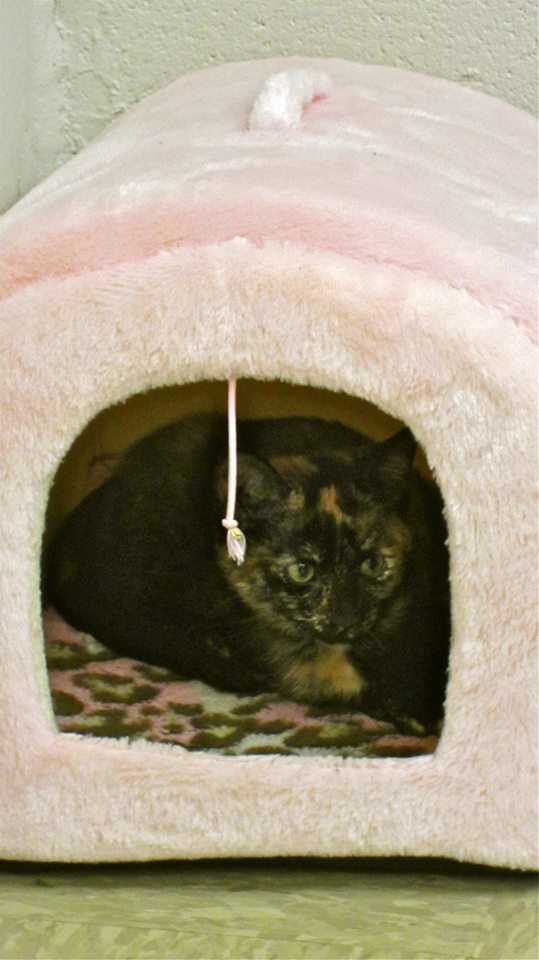 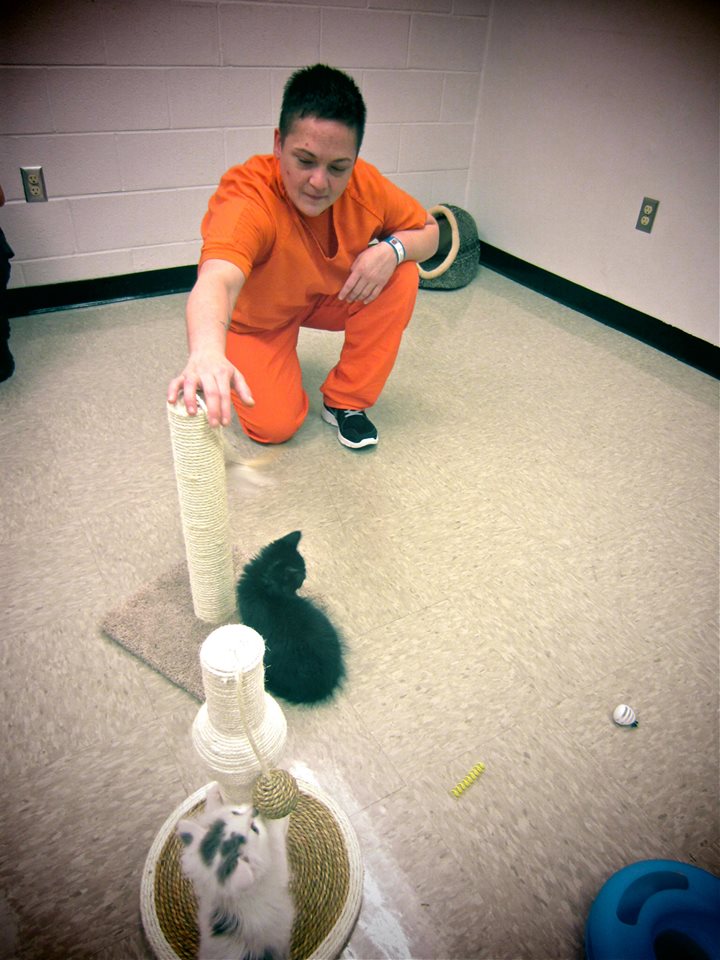 .
See the kittens on video: