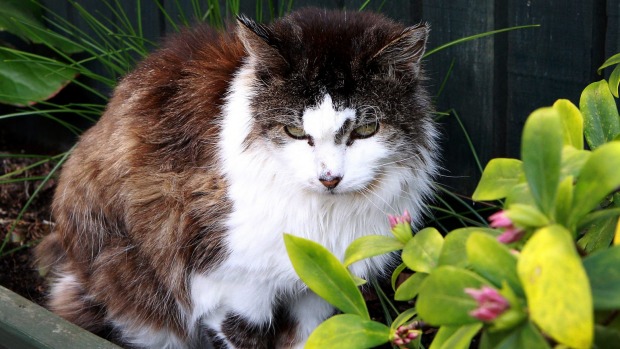 A Christchurch, New Zealand cat named Sarah has passed away at the reputed age of 33, just days after her Guinness Records form arrived.

Sarah lived with her petmom Fleur Ford for the past several years after being abandoned by neighbors who moved away. The long-lived cat’s vet has her DOB on file as March 1982.

Fleur was preparing to submit Sarah for consideration as Guinness World Records’ Oldest Living Cat but the elderly cat died recently, three days after the forms arrived. Guinness makes their selections in this category based on their standards for acceptable documentation.

Whether Sarah would or would not have had the official title, she enjoyed an unusually long life, and was pampered by Fleur during the last 13 years of her life.

According to The Press, in a September 9 feature on Sarah’s life and passing, despite deafness and some disorientation in recent years Sarah still had her faculties about her. She had been on a special diet for kidney issues.

Sarah was helped to pass peacefully at the vet when she went into heart failure.

The Press visited Sarah and Fleur for a story in 2013, writing:

But Ford could not take full credit for raising Sarah since birth, because she and her husband acquired her when their neighbours moved, leaving the cat “more or less abandoned”.

“I have had her for 11 years and the owner lived opposite me and that’s how I know her history.

“She was born on the West Coast, and her name has always been Sarah.”

More than three decades in, Sarah “feels the cold terribly”, so she hardly goes outside. The Fords run the heat pump all day and night to keep her warm – which makes her expensive to keep.

“We don’t go very far because I worry about her really,” Ford said.

At the vets, owner Heather Mills [Remnant] has been treating the medium-haired moggy for more than a decade.

Apart from a slight heart murmur and some kidney issues, “she’s still pretty healthy” for her age.

“They’re not that common to get that old, I have to say. It’s pretty unusual.”

Fleur told The Press this week that she and her husband were by Sarah’s side as she passed away with the assistance of her long-time vet Heather Remnant.

Fleur told the Press: “It was so lovely for her because she was very dignified. It was so beautiful, I cry when think of it.”

The video below was made at the time of the Press’ 2013 visit to Sarah and her petmom: