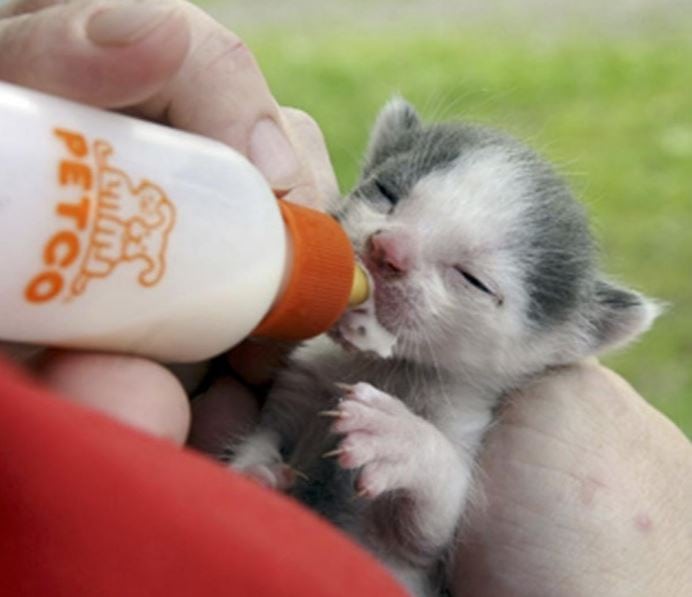 Tiny Toto, the Tornado Kitten, survived an F3 Tornado in central Massachusetts at the beginning of June, 2011. He was found and taken to the Brimfield Fire Station. Jonathan Hall, part of the EMS squad,  helped to care for Toto during day before he was taken to the Animal Rescue League of Boston facility. Though veterinarians determined he was only 2 to 3 weeks old when found, in spite of being critically ill, he bet the odds. 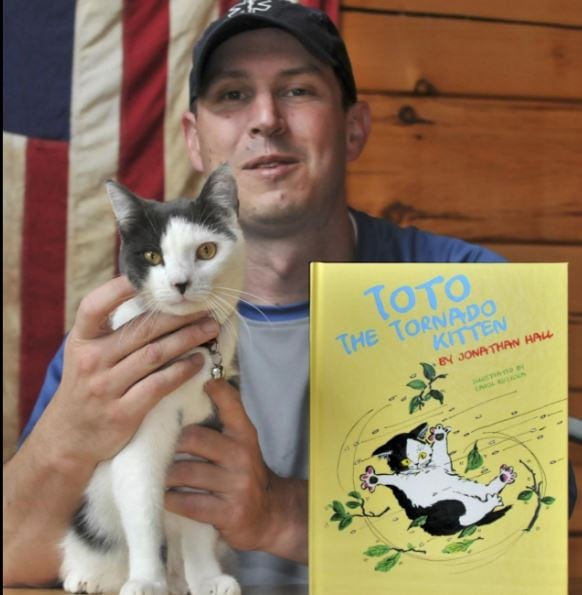 Jonathan’s wife surprised him in August by adopting and bringing Toto home. Toto and his remarkable adventure inspired Jonathan to pen his first children’s book which is  illustrated by Carol Ruzicka. It’s not every kitten who survives a tornado and has a book written about him. Toto is one very lucky feline.

Toto the Tornado Kitten and the follow up, Oh Toto! Where Did You Go?,  is available on Amazon.com.