Staff at a Scottish shelter were surprised when a tortie kitten handed in to them turned out to be a rarity – a boy!

“We have a bit of a celebrity cat with us right now.

“What makes this wee tortoiseshell kitten, called Harry, so special?

“Harry is a boy!! 99.9% of tortoiseshell cats are female and so Harry really is a rare baby – he’s the first tortie boy we’ve had at LCR in our 35 year history, and he is the first of his kind which our vets have seen too!

“Harry is 12 weeks old and came to us when his previous owners suffered an extreme allergic reaction to the wee one. He arrived with his brother Dennis (a black and white cutie) a few days ago and is settling in well. He displays all the tortie-tude you’d expect from one with his colouring.

“It is almost always the case that these rare male torties are sterile, but we will be taking no chances that Harry be used for breeding and so he will be subject to our rigorous neutering requirements when he is old enough.”

Harry and Dennis are not ready to be rehomed and have been moved together to a foster home away from the shelter.

Margaret Riddell, of ICR vets in Gorebridge, examined Harry and said she had a “surprising” first encounter with the rare male tortie.

“When I heard the cat was called Harry, I said to the ­owners, ‘I think that might have to be a Harriet’.

“I had to change my words when I discovered it was male. I’ve never seen one before and I’ve been a vet for more than 30 years.”

It is believed that Harry was purchased from private sellers who were unaware of the kitten’s rarity. With eight million cats in Britain, only a couple of male torties are born each year. 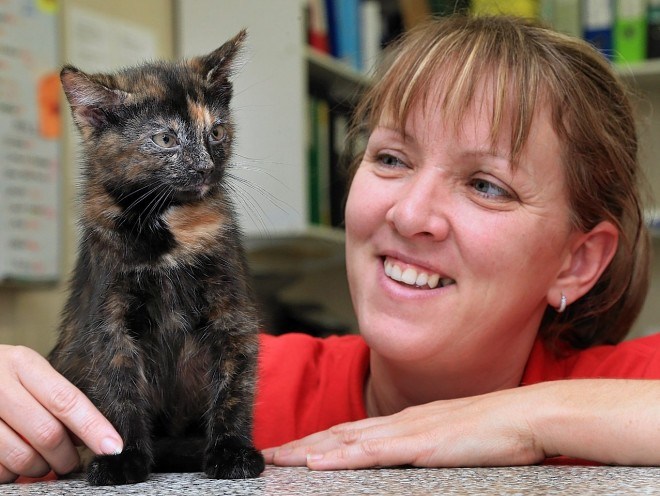 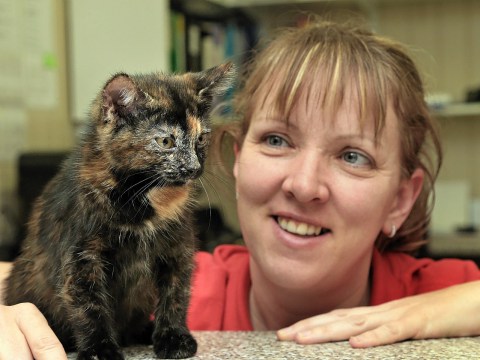 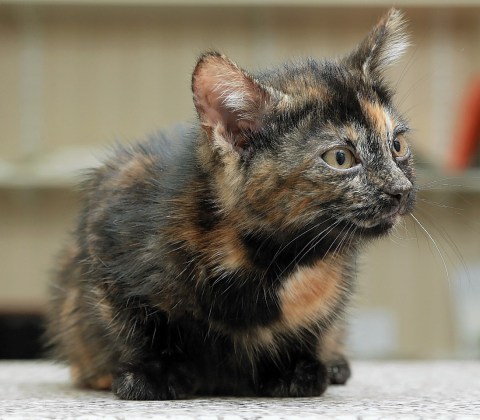