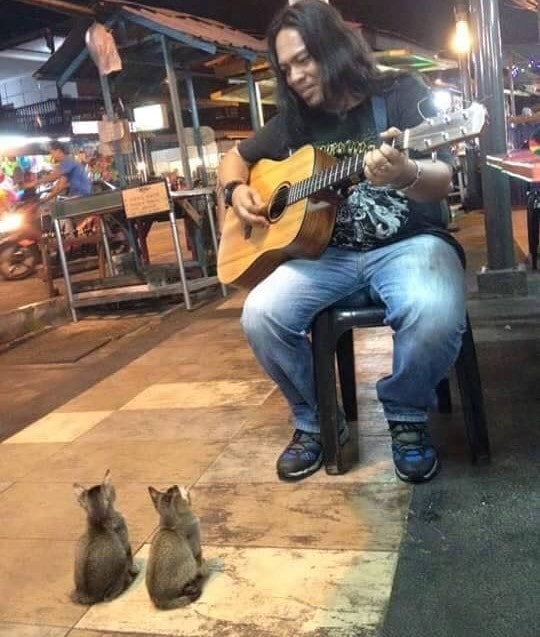 Working in entertainment can be a tough gig and perhaps none more challenging than that of being a street busker. Many have have been there, done that, and gone on to some fame and fortune. According to RoadieTuner, Ed Sheeran, Jewel, Beck, Tracy Chapman, not mention B.B. King all started out that way.  In fact, Glen Hansard’s life story as a busker was the inspiration for his Oscar-winning movie, “Once.”

Still, there are far more people who spend their days trying to earn enough money doing what they love to have a warm meal and roof over their head. And, sometimes, it can be a lonely, difficult gig. People rush by and don’t offer up so much as a smile. Or are self-proclaimed critics, quick with a rude remark. Then there are days when the streets are silent and the hat or guitar case remain empty no matter how talented the performer may be. It is not the easiest lifestyle choice.

However, once in a while, something magical happens. On a bleak evening, when no one seemed to care, four kittens turned their attention to a man singing away on in a Malaysian marketplace. They seem captivated by the man and chances are, if they had any coins, they would have shown their appreciation for his music.

There are lot of comments about the video on YouTube and in response, the singer wrote:

Thank You. Respect to be respected. I Did it Truly from soul.. by heart…I am the one in this video -Mr Jass From malaysia. Can Find me in FB : Jass Pangkor Busker or Youtube : Pangkor Busker. Tittle Of The Song : Keindahan Pantai (Enchanting Beach). Thanks.

Maybe Street musicians and cats are a thing?  Consider Bob the Cat and his person, James. The pair first met when Bob was injured and James took care of the ginger as he recuperated.  Once he was up to scratch, so to speak, Bob began going to work with James who was earning his way through life as a busker on the streets of London. It changed everything for both of them, becoming a true “who-saved-whom” tale.  So much so, their story was turned into a motion picture.

Anyone who can keep kittens entertained is a star in our books! Or the next busker -cat movie. 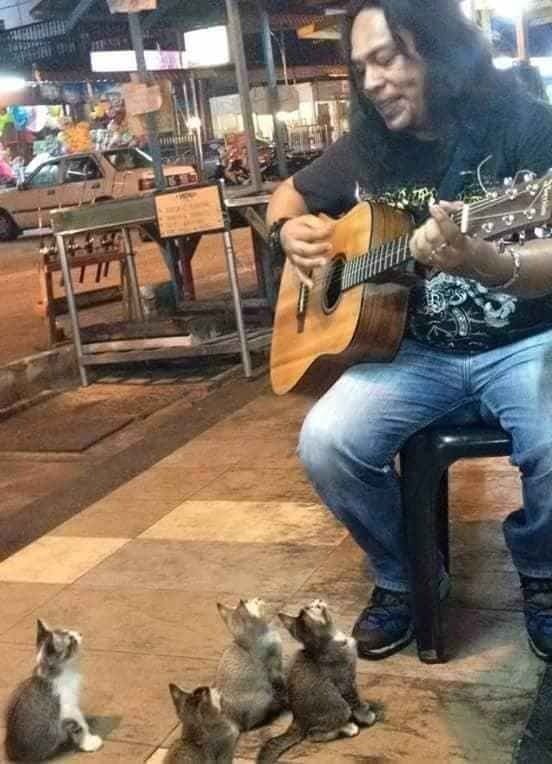