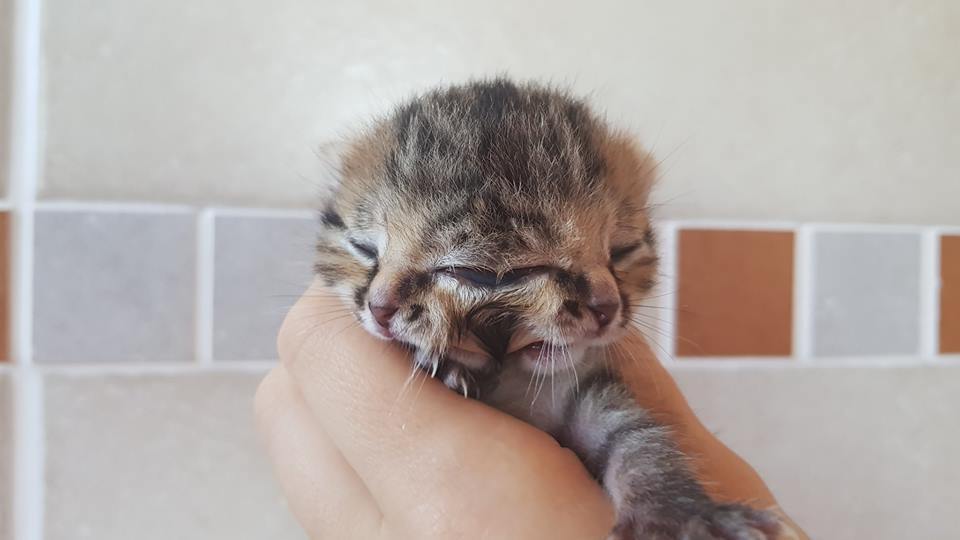 Meet Bettie Bee, an adorable tiger striped kitten who came into the world with a little more than most…two faces. While her two siblings were normal at birth, Bettie Bee is what is called a diprosopus cat, sometimes called a “Janus cat,” named after the Roman God Janus who had two faces as he represented transition, looking to both the past and the future. 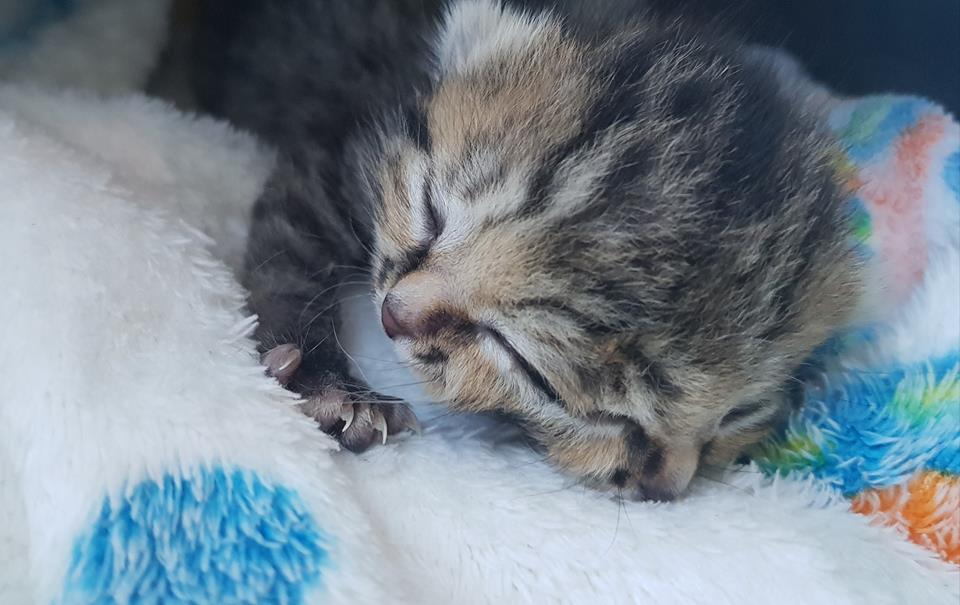 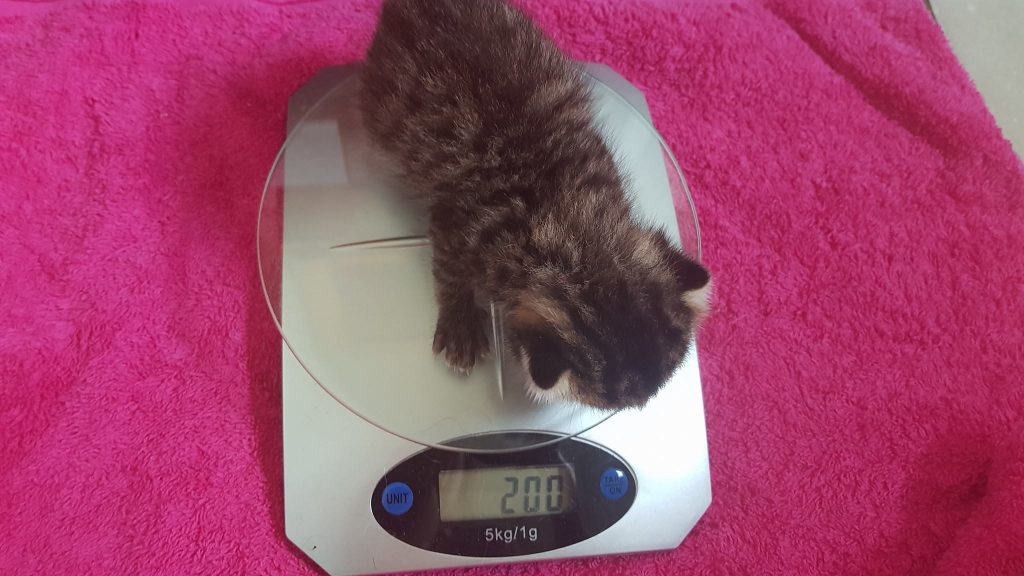 Born in Eastern Cape, South Africa, Bettie Bee’s guardian was concerned for her health and has taken her to a rescuer who specializes in kittens with special needs. The rescuer, who chooses to remain anonymous, has created a Facebook page for the one-in-a-million kitten and people around the world are falling in love with her.

In spite of being a high risk kitten, she is growing and gaining weight. While Bettie Bee’s condition is extremely rare, there have been similar cats, including Frank and Louie who lived to be 15 years old.  We look forward to seeing her grown into a beautiful, healthy adult.