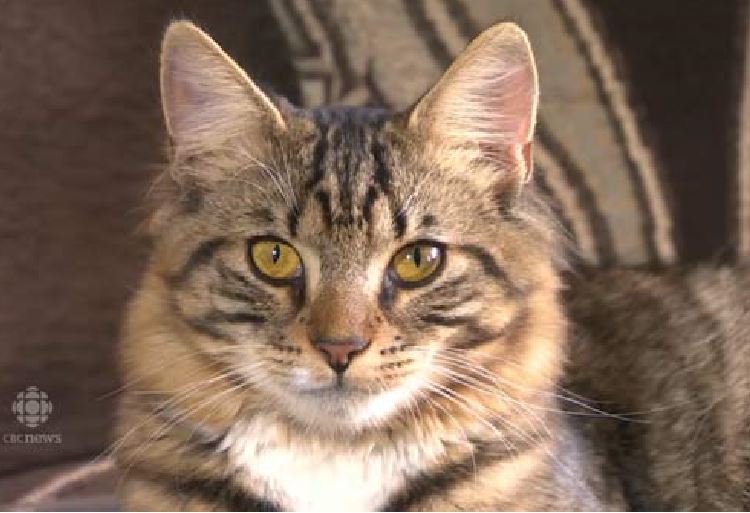 A cat in Newfoundland with both male and female parts will have gender assignment surgery to help with bowel and urinary problems.

Mittens lives with Colleen Clarke-Murphy in Heart’s Desire, Newfoundland and has done so since Colleen’s daughter brought the cat home thinking it was a sick stray that had been abandoned by its owner.

When Colleen took Mittens to the vet in October she was told the cat was a hermaphrodite, with both male and female genitalia.

Colleen says her first response was: “Did I just hear you right?”

While Colleen would prefer a female cat to go along with her two other cats – a male and a female – she will follow the advice of her vet, who recommends that Mittens be assigned as a male.

“They’re the ones who know what they’re doing. I mean, I really don’t know. I’d like for it to be a female, but it really don’t matter. It’s got both parts,” she told CBC News.

“I think it’s got both personalities, so it really don’t matter.”

Mittens will be spayed and neutered, then will have reconstructive surgery afterward.

The gender assignment is necessary to help with bowel and urinary problems caused by Mittens’ dual gender.

Commenting on her willingness to take on a $1,500 vet bill for the procedures, Colleen said: “She was part of my family when she came home with my daughter.”

A friend of Colleen’s is running a fundraising auction at Facebook to help raise money to pay for Mittens’ surgery. (We were unable to find the auction; elsewise we’d have linked to it here.)

Watch CBC’s report on the story made during a visit with Colleen and Mittens at their home: