The following was posted on the Winchendon Facebook page following an incident that surely came close to proving the old adage, “curiosity killed the cat,” or, in this case, put her into a very poor situation.  Had it not been for the dedicated folks who assisted in this endeavor, it may have been truer than not.

For anyone who has heard the massive success stories of using Dawn liquid soap to clean aquatic animals following oil spills, while the use of Dawn, per se, has not been confirmed, it is good to know dish soap has multiple purposes when it comes to rescuing animals. The Winchendon fire department responded to a very “unusual animal rescue” today. A one year old cat found her way into a storm drain on Maple Street and when she apparently tried to get out her head became wedged in the grate. When we arrived the cat was barely breathing and moving as she was hanging from the grate. Lieutenant Peters, Firefighter/Medic Harding, and myself removed the grate and uprighted the grate so the cat could breath. 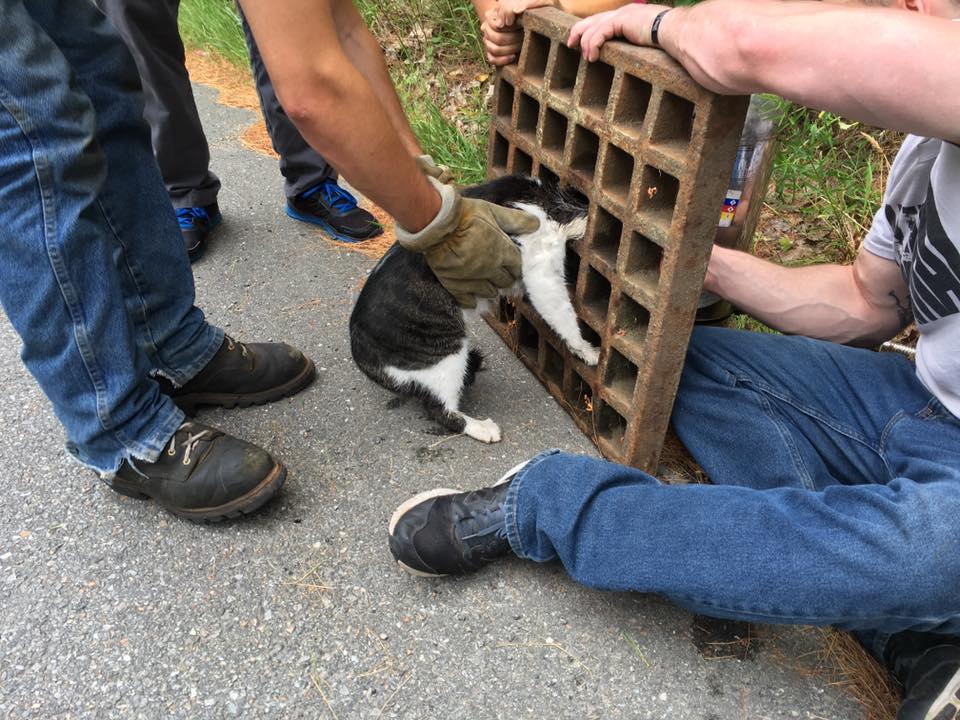 When the owner arrived we had him get some dish soap from his house and we applied it around the cats neck, we slowly worked his head back into the grate and within a couple minutes we freed the cat.
A feel good animal story for the Winchendon Fire Department. Strong work by all.