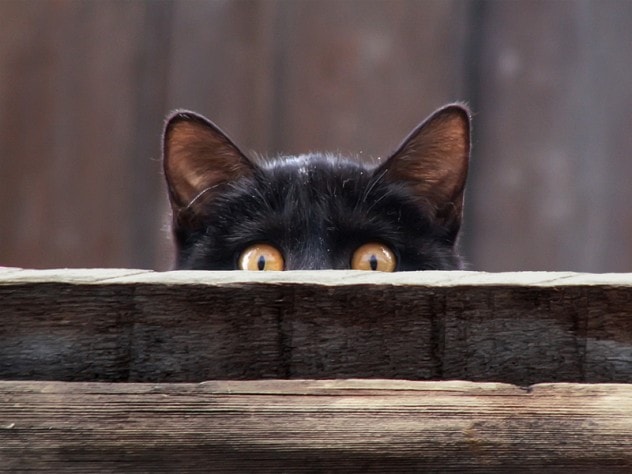 Enough already with the cucumbers. Scaring cats while they eat isn’t nice. That’s the message from animal behaviorists who are reacting to wildly popular videos that show cats leaping into the air after stealthy humans seem to place cucumbers behind them while they are eating to see how they react. “If you cause stress to an animal that’s probably not a good thing,” certified animal behaviorist Jill Goldman told National Geographic. “If you do it for laughs it makes me question your humanity.”

An article about the video craze in the Huffington Post reports that HuffPost’s mashup of the cat vs. cucumber video was viewed more than 75 million times. “It’s easy to understand why people find this so hilarious,” the article states. “The thought of any creature being this startled by an object as innocuous as a cucumber is patently ridiculous.”

Meanwhile, the cat vs. cuke controversy keeps ratcheting up. Videos are being posted that cry foul: “Cats are not afraid of cucumbers. The videos are fake.” Here’s one that shows a  bored cat calming regarding a cucumber near its food bowl.

The video says that something other than cucumbers were being used to startle the cats. The debunking claim was followed by comments such as this one: “If the videos are fake, then it says something about the owners if they have to do other things to get their cats to fling themselves into the air. I wish people would be kind to their animals!”

Mikel Delgado, a certified cat behavior consultant, told The Huffington Post that “cats vs. cucumber” videos make her cringe. “This veers into ‘humans doing things just to freak out their cats and film them for the internet’ territory, which I don’t feel benefits most cats,” Delgado wrote in an email.

Can cats be frightened by cucumbers, and if so why? That’s open to debate, but most experts speculate that the reaction, if genuine, is less about fear and more about being surprised in a bad way. Cats are sensitive and alert to threats. “I’m not sure it’s an inherent fear of the shape of the object,” Delgado said. “It may be that these particular cats are fearful of new objects in general or were startled by the unexpected presence of an object.”

Cats associate the place they eat with security and safety, Think Like a Cat author Pam Johnson-Bennett told National Geographic. Animal behavior specialist Roger Mugford agreed. “I think that the reaction is due to the novelty and unexpectedness of finding an unusual object secretly placed whilst their heads were down in the food bowl,” he told The Telegraph. Some experts say that the cucumber’s shape might remind cats of snakes, but Delgado discounts that notion because cats hunt snakes. Either way, she said, it’s not nice to prank your cat.