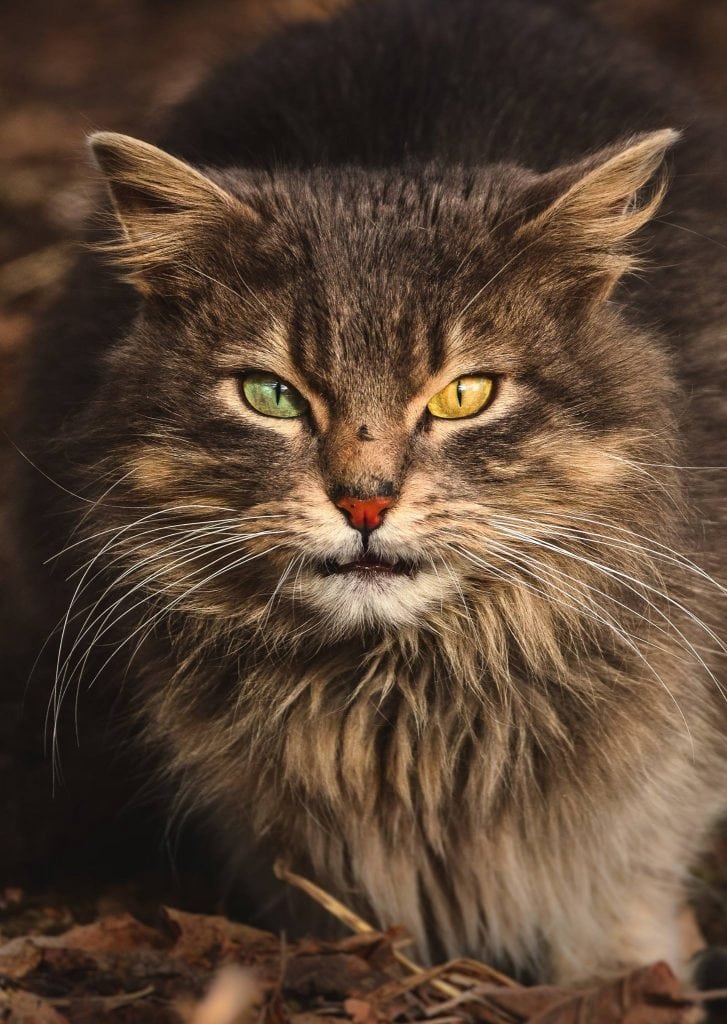 Gabriel Khiterer is talented beyond his 19-years, as evidenced by his stunning collection of homeless cats found on the streets near his home in Lithuania. He realized one day, as he looked at photos he had taken a couple of months earlier of some of those abandoned animals, they were different from what was seen so often on the Internet. Gabriel told Metro UK, “Clearly, each stray cat has its own life story, and it is visibly reflected in their appearance and demeanour.”

“They all have this almost wise look, as if they have seen life in its entirety, which they have, I guess.” For about two months he was out on the streets, capturing photos, the collection of which he posted on his Facebook page.  The positive news on this front is that the city has been actively involved in finding these cats homes. His hope is people will be inspired by his work to better appreciate and understand these cats are every bit deserving of love and affection as any other feline. His work is captivating, haunting, and touching and share a special truth, perhaps even insight, into the world of the abandoned cat.