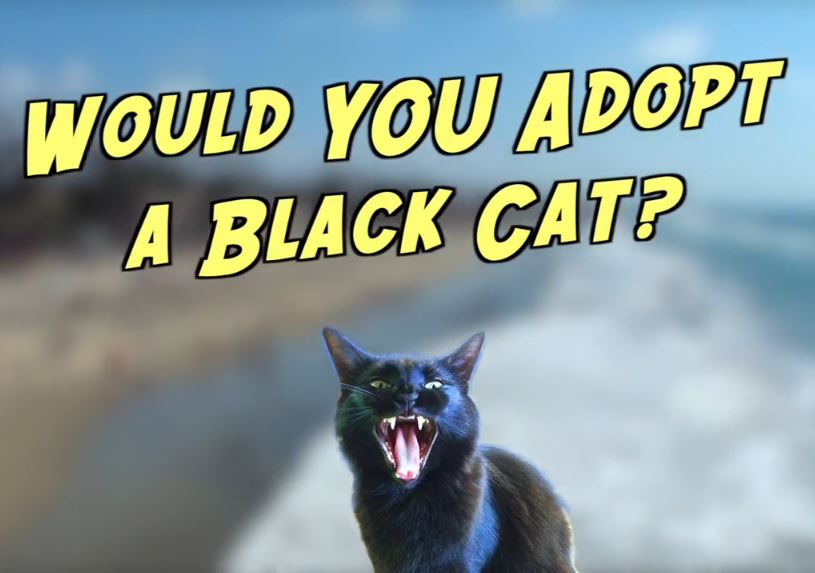 Petdad and video creator Chris Poole visited Oceanside Pier in Oceanside, California, asking people to pick which color or pattern cat they would be most likely to adopt.

The results were not surprising, and confirm the understanding that black cats are often overlooked, no matter how cute or loving they may be.

Watch Chris approach people on the pier with his photo board as he asks which cat they would adopt:

Chris writes in his introduction to the video:

Black cats are overlooked in animal shelters, often being the last to be adopted and first to be euthanized…

There are many reasons why this is happening… the belief that black cats are somehow bad luck has endured for centuries, black cats weren’t always the cause of superstitions, feared or even considered bad luck. In fact, in early egyptian times, cats, including black ones were worshipped and killing one was considered a capital crime!

It wasn’t until the middle-ages in Europe that the reputation of black cats started to go down hill as they began to be associated with so called witches.

Even today the association of black cats and witches holds strong during Halloween celebrations, despite the holiday’s religious beginnings… the once worshipped becoming a symbol of evil in many parts of the world.

However, in England and Ireland, black cats are symbols of good luck…. in the English Midlands (Where I’m from) a black cat as a wedding present is thought to bring good luck to the bride! ….and the Scottish believe that a strange black cat’s arrival to the home signifies prosperity! ….Black cats are also considered good luck in Japan!

But most of western and southern Europe still considers the black cat as a symbol of bad luck, especially if one crosses your path, which is believed to be an omen of misfortune and death.

So, what’s the truth about black cats? The truth is these are superstitions from centuries ago…. Sadly, black cats stay in shelters longer than cats with colored or patterned coats.

There are many people that still believe these dumb superstitions, the real truth is that cats no matter what the color of their fur is, all have different personalities… It’s very sad to know that black cats are often the last to be adopted and the first to be euthanized….

My personal experience with black cats has always been positive! … If you can get past the superstitions and are looking to be owned by a cat, please consider adopting a black cat! 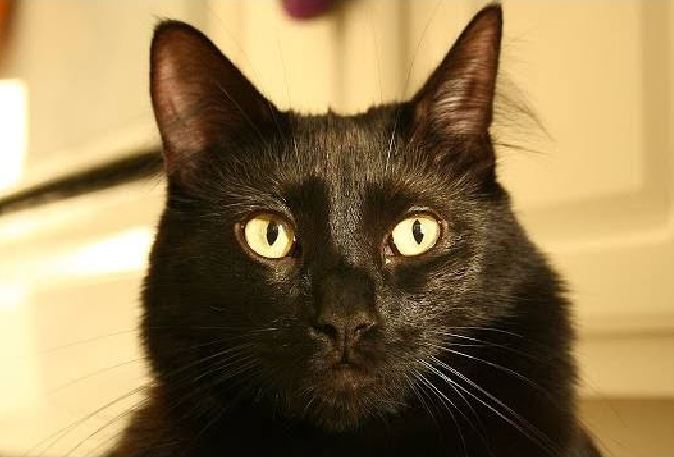 3 thoughts on “Would You Adopt a Black Cat?”