When Karen called me to tell me Jack had gone missing, I was walking my dogs on the beach.  I was heartbroken and I felt totally helpless – it was almost 7pm, I was in Florida, and even if I could somehow manage to catch a flight to get up to JFK to look for him, it was doubtful they would let me look, since he had been lost in a restricted area.  I started to walk the dogs home, trying to think of what I could do, and then it hit me – PATRICK.

Patrick is the dog who was starved and dumped down 21 flights of a garbage chute.  He was found when one of the maintenance workers in the Newark, NJ building where he had “lived” saw the bag move when they were getting ready to run the compactor.  Patrick was taken to the Associated Humane Societies and then to the Garden State Veterinary Specialists, where his life was ultimately saved.  And, in the course of all this, two amazing people started a Facebook page – The Patrick Miracle – to send love and support to this very special little boy.  That fb page garnered over 100,000 LIKES in just one weekend.

It was not my intention to start a fb page – but it was my intention to try to find someone who might have access to the baggage area of American Airlines.  Some kind soul who could help us… and with over 100k followers, I knew that posting on Patrick’s page could give us a lead.

But why stop there??  I posted to Patrick, to Braveheart, to all the rescues I knew of here in Florida, to every pet-oriented page I was connected to or had ever heard of on fb.  All in the hopes of finding one person with access who would be willing to help us.  I stayed up posting on that first night until midnight.  I checked back on the comments on all the posts the next morning.  And I re-posted, and re-posted, and re-posted.

I got phone calls… I got private messages… and I got replies.  But I still hadn’t found that one person I needed.  (I was awfully naive about the culture of AA at that point… I’ve learned a lot since then!!)

And then, on Saturday, with Hurricane Irene on its way to NYC and JFK closing, I got a private message from a wonderful woman who told me she had posted a question about Jack on AA’s fb page.  And people were responding to that!  In droves!!!  They were asking what AA was doing to find Jack… and they were not being shy about it!!  They had deleted her first post, but then she re-posted, and others responded to her, and then they started posting themselves.  It was the beginning of a movement… it seemed like AA couldn’t even begin to keep up to delete the posts. 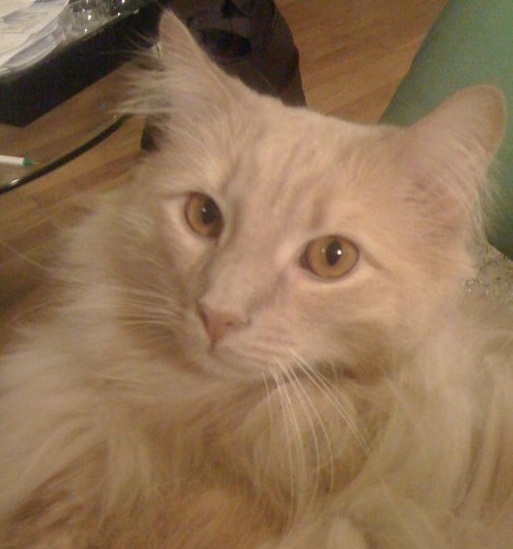 And then I started the fb page.  I had hoped we would get a couple hundred likes, but we passed the 1000 mark within a day!!  And in the process met so many concerned and caring people… but unfortunately, none with the access we needed to really search for Jack.  The numbers grew – to 15,000!!! – and so many people worked so hard to find the boy.  The numbers forced AA to at least feign concern… it forced them to hire the pet detective and tracking dog… it forced them to take the time to at least respond on their fb page to inquiries.  And ultimately, it forced them to shut down the discussion when, after two weeks, they just looked impotent.

But sadly, the growth of the page and the movement did not force AA to actually look for Jack.  AA refused to take the idea seriously (posted by both pet psychics and knowledgeable cat owners) that he could have gotten into the ceiling.  They failed to put a team – or at least a single person – in place to hunt for Jack in a consistent, caring and concerned manner.  And because of the security issues that are part of the commercial airline industry at this point, no one could do that search but AA personnel.

Facebook is an amazing tool… it brings people together; it helps people to speak with a common voice; it demonstrates that the concerns of one person are not just theirs alone.  Oh, and the comfort that has provided!!!  Karen and I have never felt such love, compassion and caring in our lives.  The plight of animals in cargo is now known… and, we pray, change will happen.  SOON.

But ultimately, Jack’s time missing was a problem that fb could not solve… Jack WAS in the building, he WAS in a secure area, and he ONLY could have been found by secured personnel.  I have received criticism from a variety of directions about what has been perceived as “lack of action” or even “lack of balls” on my part and Karen’s part in dealing with AA (and with Port Authority, the government entity that administers the entire airport).  And fb opened us up to that criticism.  That’s fine, of course… with every silver lining comes a cloud.  But to the critics who said we should have shown our teeth… quite honestly, it just wasn’t that simple.  This was uncharted territory for us — and it’s territory that has a big huge strong wall marked NATIONAL SECURITY all around it.

I began working with fb to find just one soul who could get into the spot we needed searched… instead, I found 26k amazing humans and found people who have brightened my life and enriched me beyond words.  It was worth it – for me, for all the animals saved, and for the animals we will save in the future.  But when AA did finally call Karen – 66 hours after Jack was first lost – the woman she spoke to told her “the last time this happened, it took about a month to starve the cat out.”

We couldn’t force them to do it any other way.  And ultimately, Jack paid the price.  Facebook just couldn’t change that.

This article What I Learned from Jack, Part II: Facebook Is a Force to Be Reckoned With… Except When It’s Not. is reprinted with permission from Mary Beth Melchior’s site Where Is Jack. Mary Beth is the person who made Jack the Cat, the animal famously lost by American Airlines at JFK airport, a household name, in an effort to recover him. Mary Beth is sister to Jack’s petmom; she created a worldwide awareness campaign through the skillful use of a Facebook page.