Sometimes the best of intentions go awry. Such was the case of a man who was trying to be helpful by rescuing a cat stuck in a tree and wound up needing the fire department’s assistance himself.

The Norfolk Fire Department responded to the call and were able to retrieve the man. Though not something they normally do, as they were geared up, anyway, they went ahead and brought down the puss, too. 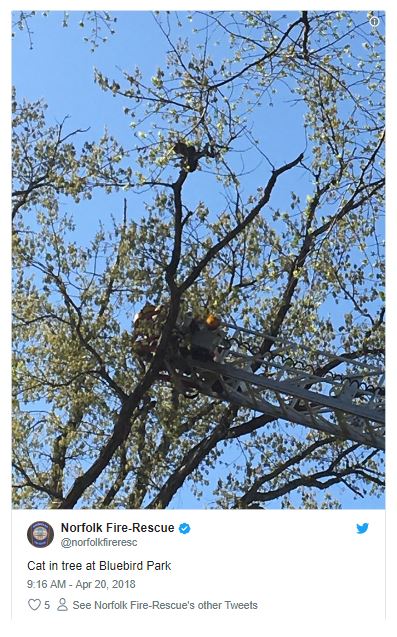 “They were very happy, very relieved, very thankful,” Norfolk Fire-Rescue Battalion Chief Harry Worley told the Virginia Pilot. “They went around and thanked everyone. … From what I could tell (the man who was rescued) was relieved to be back on the ground.” 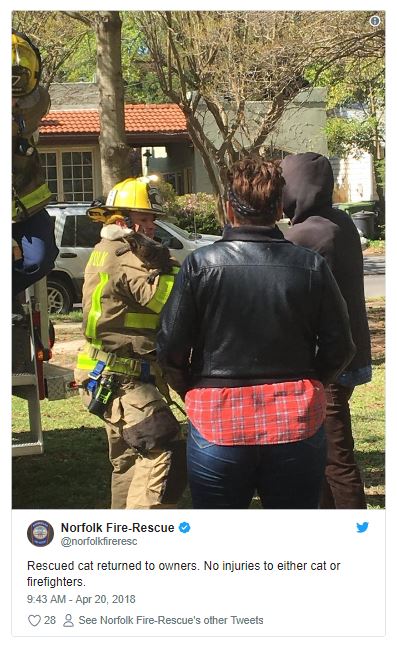 According to the newspaper, following the incident, neither the cat nor the man were available for comment.