More on the community cat colonies missing in Fort Worth, Texas. 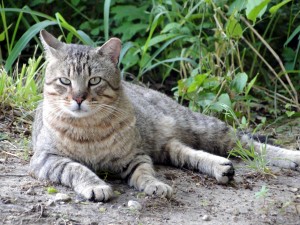 On January 19th we brought you the story of  missing feral cat colonies at Trinity Park in Fort Worth, Texas. The cats went missing after public meetings about the implementation of a TNR program in the city started. The colonies were part of a pilot program for TNR sanctioned by the city. A reward of $1000 is being offered in an effort to find out what happened to the cats. In addition, funds to hire a private investigator are being collected through the Trinity Park Cats Fund at Wells Fargo Bank in Fort Worth.  A fundraiser will take place this Saturday February 4th in Fort Worth at 7th Haven Bar and Grill from 3-6pm.  There will be lots of door prizes.  The last of the public meetings on the TNR program was held January 19th with many TNR advocates in attendance. TNR groups are creating a proposal for the code compliance department to take to the city counsel in the near future. 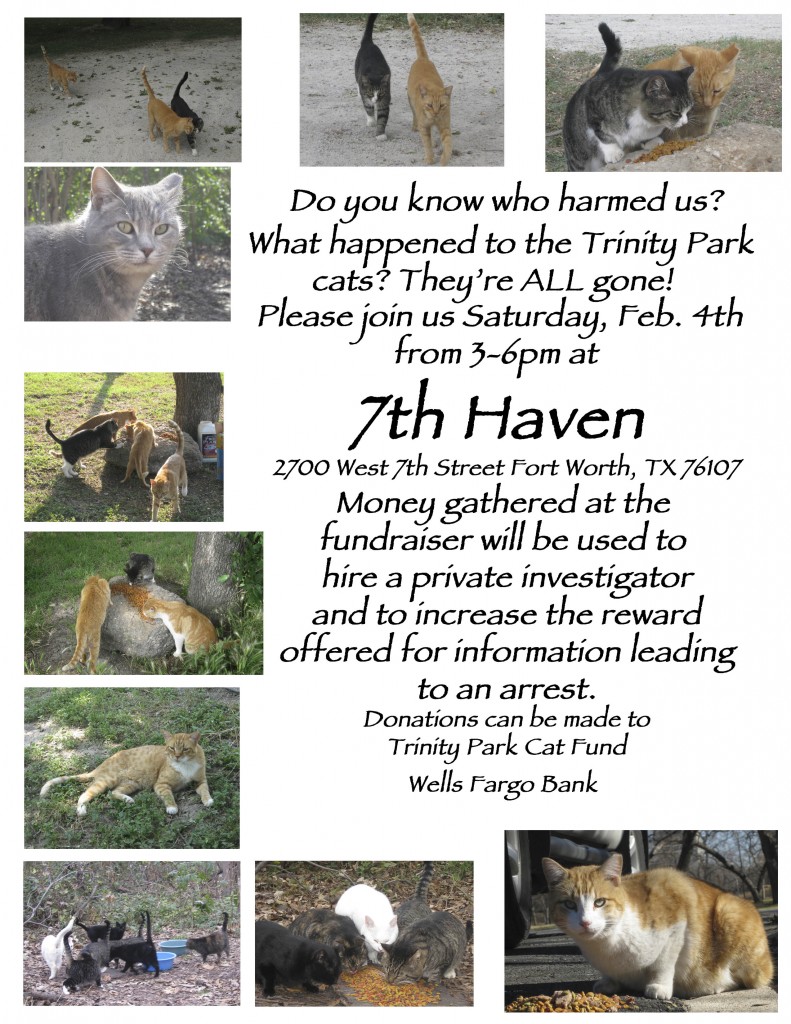