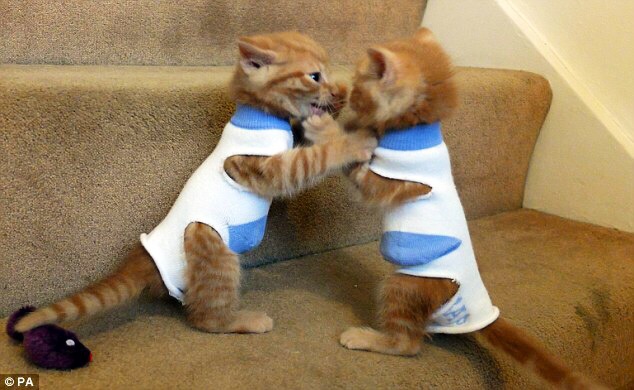 From cat in the hat to kitty in a sock!

A pair of tiny kitten ‘sole mates’ are adorably dressed in custom made sock-couture to stop them suckling on each other!

The RSPCA UK say they have released photos of two of their cutest residents – George and Elton – in the hope of encouraging people to adopt a kitten rather than buy one.

These two were found abandoned in a shed in Osterley, West London on August 1. They were just a few weeks old and barely alive.

Since the kittens’ arrival at the RSPCA’s Putney Animal Hospital, RSPCA vet nurse Katrina Devita has been hand-rearing them at home because a hospital environment can be stressful for such young animals.

As they are still only a month old it means Katrina has to hand feed them every two hours and give them lots of TLC.

“You may wonder about the outfits. Unfortunately these two naughty boys have a habit of suckling each other in their sleep and making themselves sore,” said Sian Anderson, a clinical manager at RSPCA Putney Animal Hospital.

“Our nurse came up with these fabulous outfits to help stop the habit! They are made from babies socks as they really are that small. As you can see they are very happy and not affected by them.”

George and Elton will be available for rehoming in around a month, once they are fully weaned. They will have to be rehomed together as they are so close. 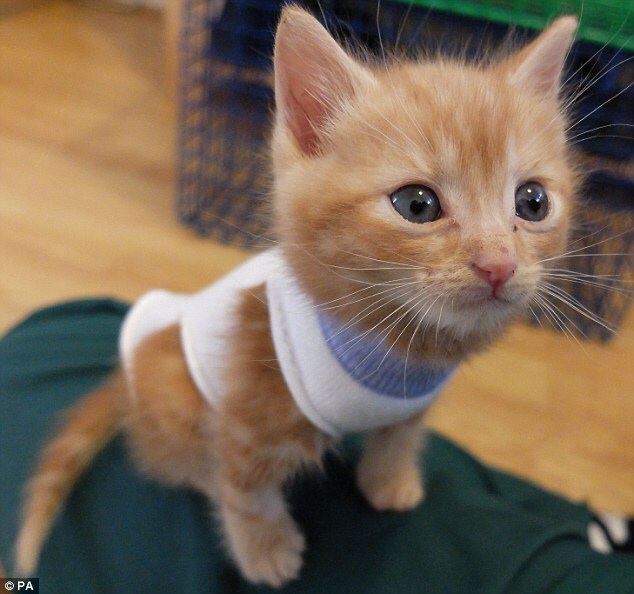 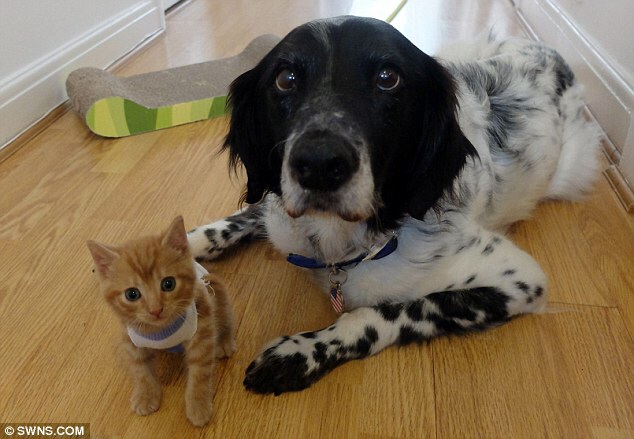 “We are seeing such a high number of kittens coming into our care, and we would like to urge people to remember to get their cats neutered to try and avoid unwanted litters of kittens. Hand- rearing is so time intensive and our staff are overwhelmed by the sheer number of cats and kittens that need our help,” Sian added.

The RSPCA have taken in 14 per cent more abandoned, neglected or sick cats compared with the same time last year.

RSPCA centres are already at the bursting point with many cats now being looked after in costly private boarding. This year so far the charity has rescued 3,306 abandoned cats – 14 per cent more than last year. It also helped 7,914 sick or injured cats up from 6,389 last year.

Overall the RSPCA has 1,720 cats in its 16 national centres and private boarding as of August 1 compared with 1,397 on July 1. This figure does not take into account the RSPCA’s 164 branches.