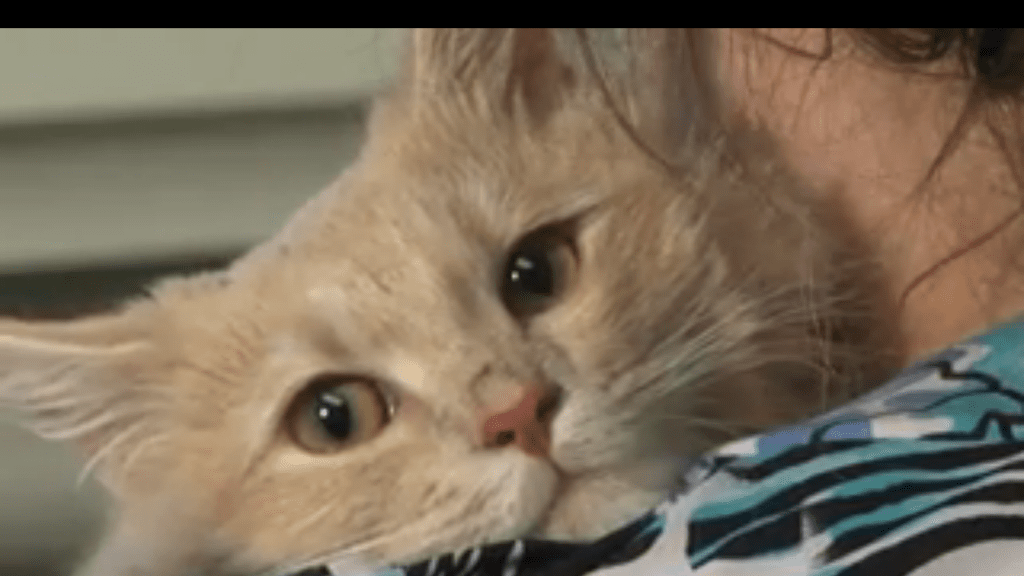 You would think that when a kitten swallows tinsel, there could be no good outcome – but for Meghan Goedeck of Randleman, North Carolina and her 11-month-old kitten, Junior, this accident turned into a life-saving miracle.

Junior ate tinsel off of Goedeck’s Christmas tree, and she could see the tinsel when he started to vomit. Knowing how serious the situation could be, Goedeck got off of work early and rushed Junior to the Pointe South Animal Hospital in Randleman.

While at the hospital, Dr. Clint Berdeen ordered x-rays of Junior’s abdomen which had a surprising result. Junior was suffering from an internal blockage made not from tinsel, but from a hairball which had hardened and gotten stuck in place. The blockage was shutting down Junior’s intestines, and would require surgery to rectify the issue. The tinsel had drawn attention to this serious underlying issue that no one was aware Junior had.

Goedeck could not afford the expensive surgery that Junior needed, and knew that she would face having to euthanize her kitten. But that’s when a hospital employee stepped in and suggested that Goedeck call the Sergei Foundation.