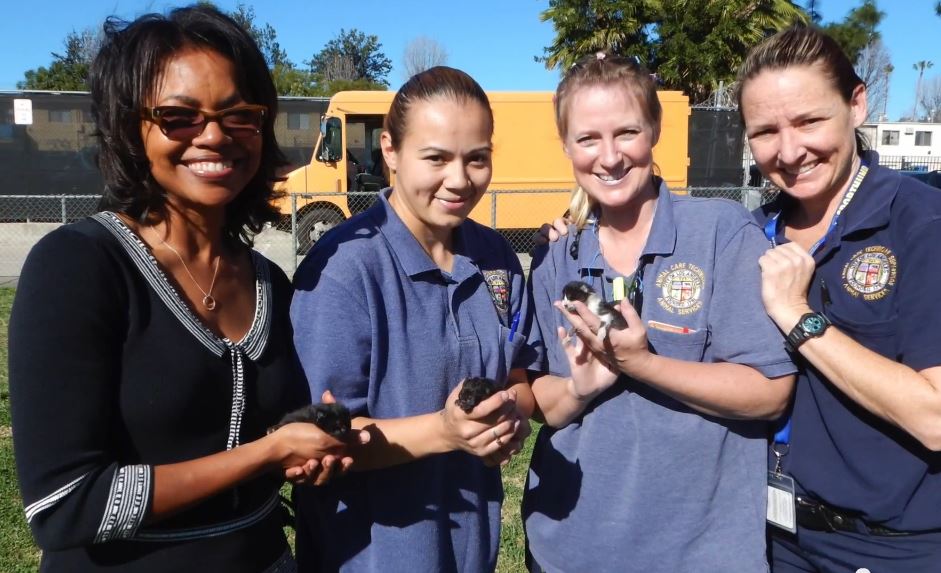 A few days ago, three of LA Animal Services’ finest, Animal Care Tech Supervisor Christine Carr and Animal Care Techs Lucy and Britta, while on a break, were contacted by some kids from a nearby school regarding some un-weaned kittens trapped under a metal grate.

At first, the three ladies thought that they could rescue the kittens on their own but soon realized that the steel grate was not removable.

They called SMART ( LA Animal Services’ Specialized Mobile Animal Rescue Team) and stood by to show the team where the kittens were located.

The steel grate was solid and wouldn’t budge. A crowbar was used but that didn’t even put a dent in the grate so out came the power tools. A Milwaukee SawZawl was used and within a few minutes, a piece of the steel was cut allowing for the team’s “mini catch pole” to fit and “fish” the kittens out.

All three kittens were rescued and taken immediately into foster care. They will be available for adoption when they’re strong and healthy enough and have reached 8 weeks old.

Watch as the tiny kittens are rescued: